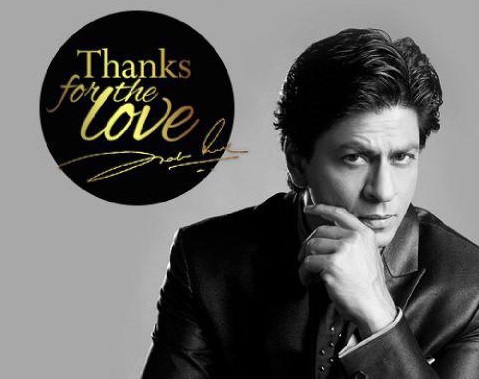 Friends and mainly fans from all over the world had wished Bollywood's Badshah for achieving this milestone in his career. With so many wishes coming in SRK had to return the favour so he had taken to twitter and said: Spent the day in the arms of my lil ones..maybe the best way to celebrate so many years in the hearts of all of u. And will do a video tomorrow to thank u all personally.till then.

Though SRK couldn't keep up the promise and post a video the next day, but he did post one today. In the video the superstar also says in jest, "I am a star, I can be late." He even thanked all his followers on twitter for making him cross the 13 million mark on twitter.

Today the superstar posted on twitter: bit.ly/1Jub69n  Managed 2 do the video.Not the best effort as I was rushed but creativity sometimes takes a backseat to feelings.

That was indeed a sweet gesture by the King Khan. Here's to many more years of entertainment!!