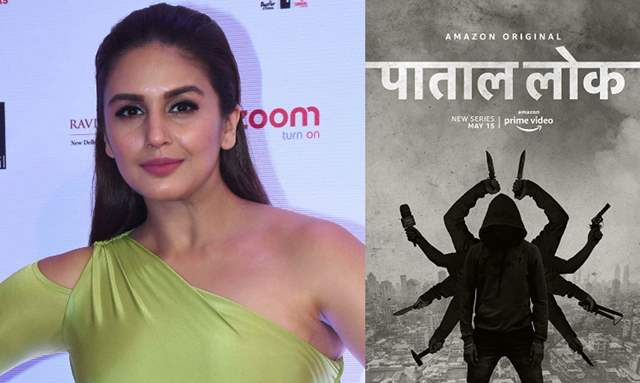 During a live session on Facebook, curated by Ameet Naik’s Naik Naik & Company, Huma Qureshi revealed that the lockdown is a great time for content developers, whether it is a long or short format, as it all depends on the writing aspect.

The talented actress also mentioned that it’s uncertain as to how the reality is going to be in terms of how the entertainment industry can possibly go back to the filming phase and what the new set of norms on the film sets are going to be.

Huma further goes on to add, “I’ve had a very interesting conversation with a writer friend of mine as to what people are interested in watching these days, like something gritty or hard-hitting maybe… but everybody in the room was of the opinion that people want to see something lighter, as there is so much of moroseness and death reports due to Covid 19 and what not. But then I saw Paatal Lok and it just blew me away. It’s really good quality writing and really good content. So again, these are presumptions that we go by, as people keep saying, ‘abhi to yeh chalne wala hai’. We have to be open to the new world and new challenges and have to be adaptable to what it is going to be.”

Huma’s debut film Gangs of Wasseypur’s director Anurag Kashyap called the crime thriller the best he has seen out of this country in the longest time, maybe forever.

Anushka Sharma’s production venture Paatal Lok has been receiving good reviews from the critics as well as the audience. On Friday, the team celebrated the success of the series over a video call. Jaideep Ahlawat, Neeraj Kabi, Abhishek Banerjee, and others along with the makers of the show – Avinash Arun and Prosit Roy – joined the success party hosted by the actress.

Paatal Lok revolves around Inspector Hathi Ram (played by Jaideep Ahlwat) who lands the case of a lifetime when four suspects are arrested on the charges of attempting to murder a prime time journalist (Neeraj Kabi).

After Paatal Lok, Here’s a list of Web-series you can binge watch ...

Paatal Lok receives rave response from Bollywood celebrities who are ...