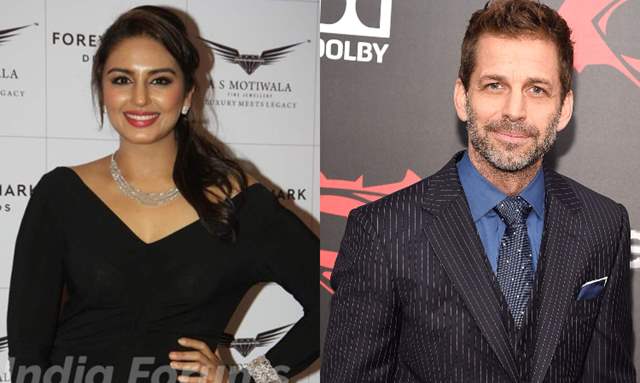 Actress Huma Qureshi has teamed up with ‘Justice League’ director Zack Snyder to help Delhi fight the novel Coronavirus which has been recording a high number of cases in the past several days. The 34-year-old actress took to her Instagram to inform about her new initiative by posting a video about the same.

The actress-director duo has collaborated with ‘Save the Children’, a global organisation working for the protection of child rights, to launch a 100-bed hospital facility and an oxygen plant in the national capital. Snyder took to social media to announce the same.

Sharing the video on her social media to announce her collaboration with the organisation, Huma urged her fans to donate towards the cause.

"I’ve joined hands with @stc_india help Delhi fight the pandemic. We are working to build a temporary hospital facility in Delhi, that will have a 100 beds along with an oxygen plant. Please support us #BreathofLife (sic)," Huma Qureshi wrote in a tweet on Monday.

Sharing the news through his official Twitter handle, he wrote, "I've joined hands with Save The Children to help Delhi fight the pandemic. They are working to build a temporary hospital facility in Delhi with 100 beds along with an oxygen plant. Please support. #BreathofLife @humasqureshi (sic)."

Meanwhile, on the work front, Huma Qureshi will soon make her Hollywood debut with Zack Snyder's upcoming thriller movie, ‘Army of the Dead’. Apart from that, she also has Akshay Kumar starrer 'Bell Bottom' in the pipeline.