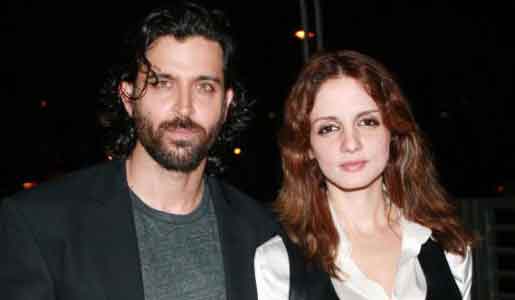 Ever since the estrange couple broke the news of their separation in December 2013, they have had to deal with media intrusion in their personal space. Different sources claimed news on breakup reasons, link-ups and now an alleged alimony demand by Sussanne. The topic has also caught fire on Twitter where both Sussanne and Hrithik are being targeted with distasteful and personal jokes floating around on the alimony. Family and people close to them feel it's a well planned conspiracy to demean them and weaken their spirits in such sensitive times.Hrithik expressed his displeasure on Twitter around the rumours doing the rounds and tweeted yesterday, "Fabricated news articles. Demeaning my loved ones. Testing my patience." Farah Khan, Sussanne's sister too tweeted and refuted the rumours, "Painful when media fabricates stories about loved ones spreading false rumours to sell pages. Painful when most believe idle gossip." Hrithik and Sussanne, however, are strong and level-headed people who will deal with baseless rumours maturely. An official statement released by Hrithik's agency yesterday states that "Hrithik being the person he is, would do anything to ensure that his family is happy and well  looked after."
4 Likes