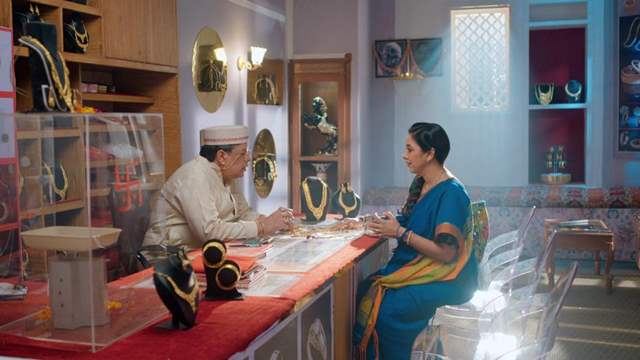 Rajan Shahi's Anupamaa became the audience's favourite in no time, and it was not just because of its relatable content. The show in it's own unique way also throws light on family issues, especially concerning the housewives. The lead character Anupamaa mirrors every single woman out there who is struggling to maintain peace and happiness in her family. And while her struggle to achieve that has no bounds, she has successfully overcome all the challenges life has thrown at her which are also a big lesson for other women.

In the show, Anupamaa has finally managed to get everyone to agree on Paritosh and Kinjal's relationship. But the crooked woman that she is, Rakhi plans to break their alliance by playing the good cop in front of her daughter Kinjal, and portraying the Shah family as the bad ones. She tells Anupamaa that Kinjal loved her ring, which is worth Rs. 5 lakhs, hoping that none of her family members will agree to it and will call off the wedding.

And she was right, the Shahs refuse to give in to her demand but Anupamaa takes a stand for her son and uses her own jewellery to buy the solitaire ring that Rakhi told her about.

A woman's jewellery that she gets from parents, called the 'street dhan', has been a topic of debate since forever, and no matter how much we have grown as a society, it is still a topic of discussion in the majority of the households. And now that Anupamaa has exchanged it to buy the ring, how is her family going to react to it. It will obviously raise a lot of eyebrows not just in her family, but also amongst the audience too.

Was Anupamaa right in using her stree dhan for her son's happiness, what do you think? Also, don't forget to miss out on the upcoming episodes.