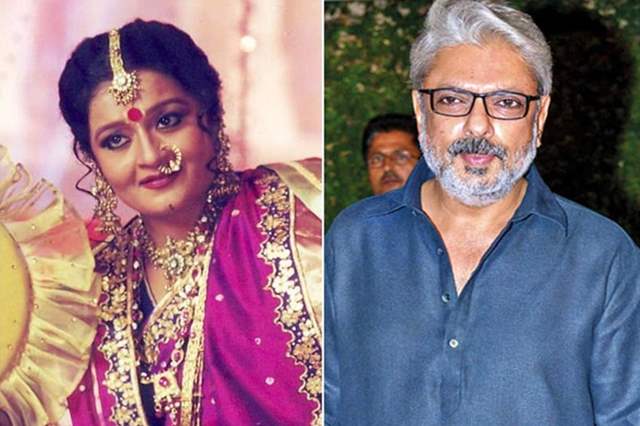 Actor Apara Mehta needs no introduction where she has been a part of the industry for decades now and continues to do amazing work both in TV, films and theatre. While she has been fairly active in films too, it is the small screen roles that have got Mehta to achieve immense stardom, especially that of her role in Kyunki Saas Bhi Kabhi Bahu Thi.

Playing the role of Savita, Tulsi's mother-in-law, Mehta was a household name and it was the same character that got her a special offer from Sanjay Leela Bhansali in the epic film, Devdas.

Talking about it to Times of India, she said, "I remember because of the popularity of Kyunki, Sanjay Leela Bhansali had invited me to offer a role in Devdas and my jaw dropped. He told me I am offering you a very tiny part but I feel you fit the role perfectly. When I was doing the film, I did not have the time to absorb the moment but today when I think about it I recall what a lavish set we would work. It was a grand set but I was working so hard I hardly had to cherish those moments. I was shooting for Mihir’s death scene in those days, I have worked for 17 day and nights. During the day I would shoot for Kyunki and at night for Devdas. It took me three four days to adjust to the timings but post that my eyes would be wide open and used to not even fumble with my dialogues. During that time two drivers who worked for me left the job as they couldn’t work like this. I was eating, sleeping in the car. I have not seen episodes of Kyunki or Ek Mahal Ho Sapno Ka. It was recently during lockdown I saw all these shows. I didn’t have time to see Mahabharat. Lockdown was like blessing in disguise. The journey has been long and I just hope I get to work more and I get offered all kinds of roles as I am up for it."

Talking about if Smriti Irani and her are still in touch, "Smriti and some of the cast members from Kyunki are friends for life. Even today when we want to talk to Smriti Irani we message her on her old number or on her husband’s number and afternoon 11 pm a call comes from private number. Whenever she is coming to Mumbai she informs us in advance and asks us when we are free and fix a date. She makes sure that we have one lunch at least together. We are friends for life. Most of us are not in touch with each other everyday but we are friends for life. We know that we will stand by each other come what may. Same was with the cast of Ek Mahal Ho Sapno Ka. Sucheta and I also kept in touch with each other and such bonding happens very rarely. Nowadays, what happens everyone says oh we are a family but nothing of that sort happens. Such bonds and relationships develop over a period of time and organically. We love each other from within." Having bagged a role in IndiaWaali Maa recently she said, "I have been in the industry for such a long time for donkeys years absolutely. This is my 32nd daily soap and I have done all long running, popular ones, short ones, cameos and everything. I took a break in 2019 and was doing a Gujarati play. When I started getting offers from TV the lockdown happened. I had a great time during the lockdown. I got to relax and take some rest as I was busy working for 25 years. I stayed at home and got to know the corners of my house. I started cooking, cleaning again. When the lockdown got relaxed, I got the offer of Indiawaali Maa and immediately said yes to the role as it was a cameo. When it is a cameo role, you work for a limited period of time. I am working with Sucheta Trivedi after a long time. We did a show together Ek Mahal Ho Sapna Ka from 1995 to 2006. So, it was great to work with her once again. She is a dear friend and I am loving working with her."