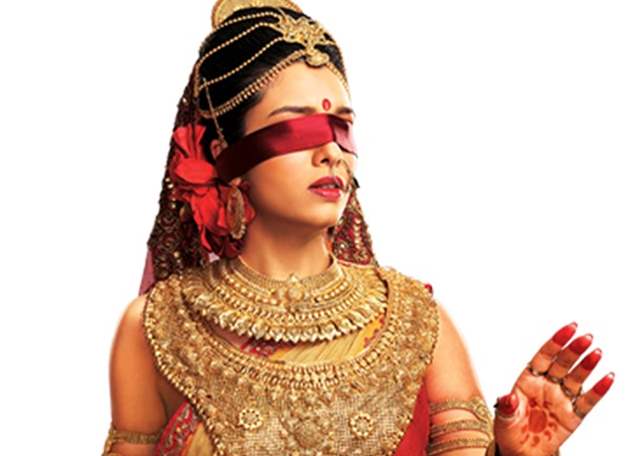 Star Plus brought back Mahabharat and the audience couldn’t get enough of the show. The star studded show helmed by Sidharth Kumar Tewarys’ Swastik Productions includes Sourabh Raaj Jain, Shaheer Sheikh, Pooja Sharma, Arpit Ranka and many more. The star cast recently interacted with the producer to reminisce about the good old days. During the interaction, Sidharth revealed an interesting detail about one of the youngest cast members.

Riya Deepsi the actress who essayed the role of Gandhari at the young age of 17 gets nostalgic and shares her thoughts. A role that even a senior artist would be scared to touch in terms of its magnificence. But Riya has done justice to the character and played it with sheer conviction.

Speaking on the same Riya stated, “Mahabharat was my first TV show where I played one of the important characters and I am immensely grateful for this opportunity. I was just seventeen and the actors playing my sons were around ten to twelve years elder to me. The entire unit helped me play the role of Gandhari with apt make-up, costumes and brilliantly written script. I was happy that I could convince the audience by playing such a mature role and for me, that’s an achievement.”

Mahabharat is now showcasing the war sequence and it is considered to be one of the most brilliantly shot sequences.

Devtaholic 2 months ago Rita Deepsi was really good as Gandhari.