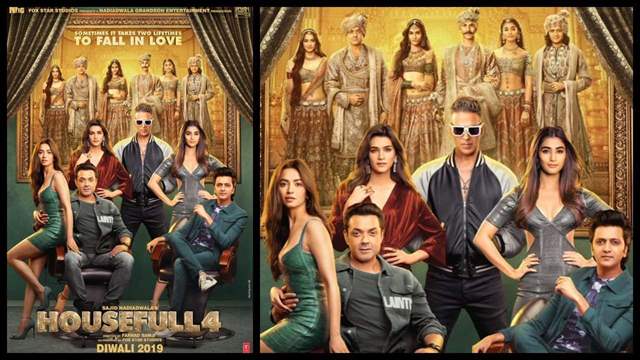 Housefull 4 is the comedy-drama that is creating quite the headlines with its quirky character posters and a trailer that will have you laughing hysterically. Earlier today, the makers released another song from the movie titled The Bhoot Song.

The makers released two songs from the movie and both of them have been creating quite a buzz across social media, especially the second song Shaitan Ka Saala which has given rise to the #BalaChallenge. From Ayushmann Khurrana to Varun Dhawan, many Bollywood celebrities have given the Challenge a go.

Here take a look at the few of them:

During the grand trailer launch of the film, while talking about his friendship with producer Sajid Nadiadwala, Akshay Kumar had said, “Hum saathmei paatshala jaaya karte the, 255 number bus pakadte the. Aur aaj hamari 11-15 movies hogayi hai saathmei. I can say ki inki wajah se mera kitchen chalta hai. Mere baccho ki padhai hoti hai… (We used to go to the same school and class together, used to catch 225 number bus together. And today we have worked with each other in 11-15 movies. I can say that he is the sole reason my kids can study and I have food in my kitchen…)”

sc_anani 9 months ago Very catchy song. I love it so much!!