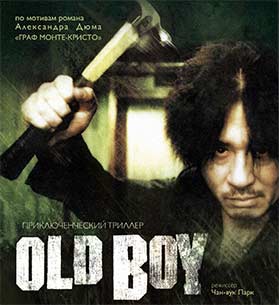 Starring Josh Brolin, Elizabeth Olsen, Samuel L. Jackson and Sharlto Copley, "Oldboy" is about Joe Doucett (Brolin) a downward-spiralling advertising executive and absent father who, one drunken night, is kidnapped out of the blue and placed into a mind-numbing solitary confinement within a bizarre, hotel-like prison for the next 20 years.

The movie show's the character's journey as he tries to get back his life.

"'Oldboy' is a fast paced thriller with a completely unique storyline and all the elements of mystery and revenge portrayed in the grittiest way possible. We're glad to bring the movie for our Indian audiences who appreciate such contemporary cinema," Sunil Udhani, distribution head, Multivision Multimedia, said in a statement.

South actress Keerthy Suresh opens up about her experience on sets of ...