As Holi is being celebrated across all the TV shows, our TV actors are also celebrating it cheerfully with their loved ones. The festival is special to the newly married couples from TV industry as it marks their very first festival and beginning for their married life blissfully and joyfully.

So we talk to newly married couples who speak about their celebrations, their past experiences and any specific ritual post their marriage

Here are TV actors talking about the same.

Ruslaan Mumtaz is seen as Dhruv in Sony TV's Kehta Hai Dil... Jee Le Zara who tied the knot with his girlfriend Nirali Mehta says "As this is our first Holi after marriage, I will definitely do something special for my wife. I am planning to take Nirali out at my friend's place where we will have a Holi party.

Before my marriage, I used to attend Filmy Holi party, but this year I and my wife will be celebrating it with our close friends because if I take Nirali to the filmy Holi party then she might feel left out.

I am very excited to eat Puran Poli made by Nirali. Every year my mother used to make it for us but this year she will teach Nirali to make Puran Poli. I am taking off for Holi because now I am a married man and have to start taking time off for the special days for my wife, like her birthday, our anniversary, festivals and more." 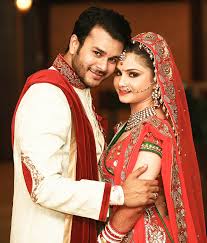 Jay Soni is currently seen as Jay Kishan in Colors'
Sanskaar - Dharohar Apnon Ki who got married to Pooja Shah says "There are no plans for Holi but will definitely have fun with my wife this year. After Holi I am planning to take here abroad so I can consider it as a plan for Holi. Actually I am making a plan to mix Bhang in something and give it to my wife because I want her to taste it. I tried bhang last year and it was amazing so I want her also to taste it.

When I was a bachelor I used to play Holi like a mad person with my friends. We used to play so much with colors that my face used to turn red and pink due to the color which used to create problem when next day I used go on shoot. My directors used to scold me because Makeup bhi iss color ko chupa nai pata tha, but now let's see this year as I am celebrating it my wife.

I am having an off on that day and I am sure that Nirali will make something special for me as she is a very good cook. Lastly I would like to wish everyone a very happy Holi." 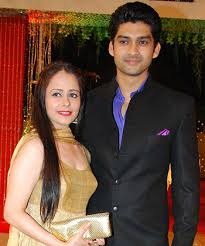 Natasha Sharma who was last seen in Colors' Na Aana Is Desh Laado who got married to her co-star Aditya Redij says, "Honestly speaking there are no plans as such but will surely plan out something for the day. I guess we will celebrate it with our friends because our families are not here.

I will cook something special for Aditya because I love cooking and you won't believe that I have learnt cooking only for Aditya (laughs).

When I was at my native place before marriage I was never allowed to go out and play Holi. So at my native palce we used to play at our homes by applying colors to each other. But I had the best Holi celebration at a farm house at Alibaug two years ago were I, Aditya, Aditya's sister and our friends had a great fun. That was my best Holi till date. But I am sure even this Holi will turn out the best Holi as Aditya will be the first one to apply color on my face and vice versa."

Wishing you all a very happy and safe Holi!

7 years ago aditya redij n natasha hope it was fun... waiting for ur new show

+ 3
7 years ago I am glad that I saw you in holi pics. You look perfect in this pic Aditya Redij and Natasha. 7 years ago Awww..
Hope all the newly weds had a wonderful time on Holi :)

7 years ago Happy Holi to all.
Ruslaan and Nirali hope this holi brings a lot of love, colour, peace and prosperity to your lives.