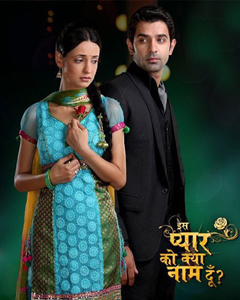 'Iss Pyaar Ko Kya Naam Doon?' fans world over have been reeling under the shock of Barun Sobti's sabbatical from the show. Earlier reports doing the round were that he was on 11 days break , but the latest is that he has taken a block leave of 40 days and is expected to resume shooting only sometime in mid-June. He could be doing waltzing in and out of sets for a couple of hours if needed.

Putting a rest to rumors of Barun Sobti leaving the show, Tellybuzz spoke to Abhaas Mehta - "He is not leaving the show. We have no idea from where did these rumors originate."

We further grilled him on the story line and he replied -" There are a lot of exciting twists waiting for the audience. There is going to be a new entry in the show along the comic lines."

Bubli track will be ending soon, much to the respite of all the fans. The Bubli-Akash track did not find any favours with audience and soon will be making an exit from the current storyline.

Grapevine is buzzing with rumors of the papers pertaining to 'Will' being stolen. Our source informs us that the rumors are true and the papers are indeed with Shyam. What will this entail for Khushi? Will she be tagged as traitor again by the mighty ASR?

Samira66 2 years ago your acting talent and human qualities.Barun Sobti

Jonak 6 years ago eagerly waiting for ur movies..Barun Sobti come back soonwa

jerrinaasha 6 years ago Board sobti. Missing you and love you so much

Missing you a lot
Come back soon..