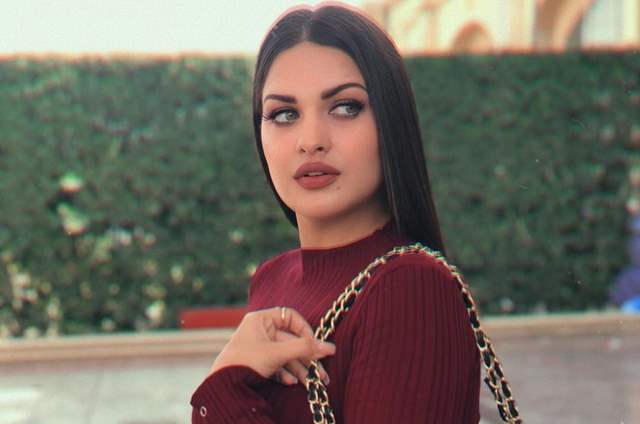 Sushant Singh Rajput's untimely demise has shattered the entire nation. Many celebrities have also come forward to talk and spread awareness regarding mental health. Bigg Boss 13 contestant Himanshi Khurana got in a conversation with ETimes TV where she mentioned that she was in a state of shock when she heard the news.

Himanshi stated that Sushant had a magical aura which everyone could relate to. She also revealed that she was in a state of shock and she kept thinking what wrong must have happened with him. She added that it affected her health and her blood pressure level dropped.

Himanshi also shared that people don't understand that sometimes name, fame and money is not the only thing that makes a person happy. She added that sometimes, despite having everything in your life, you fail to make others understand what is bothering you. She also mentioned that after his demise, many people have come out in the open to talk about their problems but the sad thing here is that we had to lose a person like Sushant to throw light on depression and mental health.

She stated that earlier when anybody tried to tell people how they deal with depression, they were considered mentally ill or were told to be doing it for publicity. "It's sad and tragic but at least people have started opening up. I just wish this change could have happened without losing a soul like Sushant Singh Rajput," Himanshi added.

This Independence Day, Dangal TV actors salute our ...
27 minutes ago

Karan Tacker & Saiyami Kher of 'Special Ops' Fame Open Up on ...
55 minutes ago

Shantanu Maheshwari On Bhagat Singh's Efforts Inspired Him ...
57 minutes ago