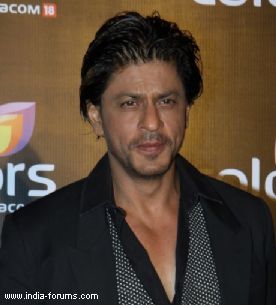 If you wish to share the same frame as Shah Rukh Khan, a once-in-a-lifetime opportunity awaits you thanks to daily deals website Groupon India.

Groupon India has joined hands with SRK's Red Chillies Entertainment to give fans a chance to feature with the superstar in his upcoming film "Happy New Year".

The unique initiative has been designed keeping in mind the Bollywood frenzy and a desire among millions to act with the best of Bollywood stars and to give a chance to aspirants to showcase their talent on the silver screen.

"We gave a long thought to this whole idea and spoke to a lot of budding actors and movie moguls before coming up with it. The conclusion was that auditions are not easy to crack and a big hassle in terms of travelling to various locations, so we thought what better than having an online process where a person can audition by just using a web cam," Ankur Warikoo, CEO, Groupon India told IANS.

"We invested in creating a platform 'onewayticket.in' which enables people to submit auditions with the help of a few clicks either by their computer or a mobile phone. Eminent judges are on board and they will screen the contestants to select the best 200 who will then go to Mumbai, the other 300 will be decided through public voting," he added.

Warikoo also says that associating with Shah Rukh gels well with the initiative as almost every upcoming actor aspires to be like him.

"I am personally a huge fan of Shah Rukh Khan and Groupon is delighted to be associated with Red Chillies Entertainment. Shah Rukh has a global fan following and Groupon has a global footprint too, there could not have been a better synergy," he said.

This deal can be availed by Shah Rukh's fans in other countries too. These include Malaysia, Australia, Singapore, Indonesia, New Zealand and Dubai.