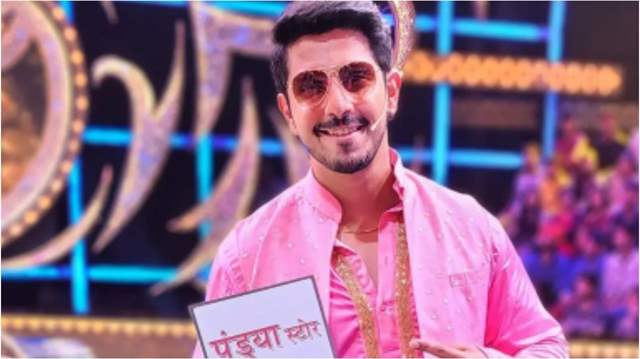 Star Plus show ‘Pandya Store’ has taken an exciting turn with Shiva being alive but posing as dead due to their land being grabbed by Jeewan Lal. Shiva has been hiding from everyone. However, Dhara, Raavi and Rishita are aware about Shiva being alive and they’re trying hard to keep this news under the wraps.

In the previous episodes, Shiva has been taking many disguises to hide from the people living in Somnath and the Pandya family. In the forthcoming episodes, yet again he will be seen donning a new avtar for an occasion.

India Forums has exclusively learned that in the upcoming episodes of the show, the family will gear up for Rishita’s baby shower celebration wherein a lot of guests will be called. Shiva will be eager to attend the celebration and meet the family members and since he can’t go there as Shiva, he will be seen taking a disguise to attend the godh-bharai function.

The drama will intensify when Krish will see Shiva. He get scared thinking Shiva’s ghost has entered the function. Later, the family learns about Shiva being alive followed by high-end emotional drama.

Furthermore, the family will come out of the entire mess and the government will awad them for their bravery and will also give them prize money. Pandya family will be left with a lot of money leaving them elated.

5 months ago Will support this whole track & execution coz we all know how much hardwork he would have done. Also Just want some Shiva-Raavi glimpse in this final don look.

+ 3
5 months ago Love Kanwar Dhillon and Alice Kaushik as #shivi. Lots of hardwork put in various disguises and I hope it pays off as it’s not easy and not everyone can pull it off the way Kanwar Dhillon does.

+ 11
5 months ago Looking forward to seeing Shiva’s reunion with the other family members. However Suman maybe to keep her in the dark about Shiva being alive is not right. Kanwar Dhillon has taken pains to don on all the different disguises, hopefully his efforts will be paid off. Hope Alice Kaushik as Raavi is part of this last disguise helping Shiva get ready to be part of Rishita’s baby shower.

5 months ago Looking forward to the upcoming episodes. And, I know Kanwar Dhillon and Alice Kaushik are gonna nail as usual.

+ 3
5 months ago I am excited to see the interaction of Shiva and Raavi in Shiva's various disguises, I'm sure Kanwar Dhillon and Alice Kaushik will kill it. What prize money though?

+ 15
5 months ago The story has become so unrealistic