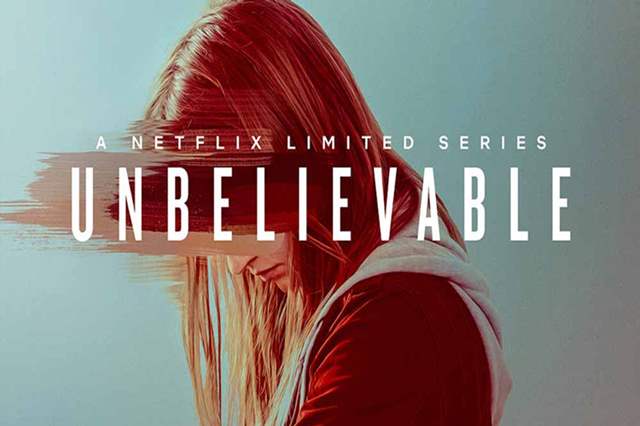 Today marks the day when the much-talked-about Netflix series, Unbelievable was finally released. The series is inspired from the real-life saga about a rape investigation going terribly wrong.

In 2015, Seattle-based Marshall Project reporter Armstrong began looking into a police investigation that had gone horribly wrong in a suburb of his hometown: A 19-year-old woman who was prosecuted for allegedly falsely reporting a brutal rape was, years later, vindicated following an investigation in Colorado that uncovered her rapist. Over six months later and nearly 800 miles away, in Berkeley, Calif., the ProPublica reporter T. Christian Miller began pursuing the same tale, initially unbeknownst to either reporter, in Colorado. When Miller learned that Armstrong had been reporting the same case in a different state for months, he got in touch and suggested the two team-up. "We essentially each had half of the story, and once we agreed to partner, we dumped all of our notes and documents into a shared file and two halves of the story became a whole," Armstrong says now.

Today, the first screen adaptation of their story, An Unbelievable Story of Rape (released online via The Marshall Project and ProPublica in late 2015 and in audio form through This American Life in early 2016) releases on Netflix after a production process that saw its creators grapple with dramatizing the sensitive investigation. Though the production process on the eight-part limited series Unbelievable began before the #MeToo movement, the resulting limited series, like many of the investigative stories that kicked off and prolonged the movement, centers on a resilient survivor and exposes inequities that she faced.

Though Unbelievable has been compared to another Netflix investigative procedural involving serial criminals, Mindhunter, Miller says that, after receiving his screener of the series, he noted the lack of focus on the serial rapist, Mark O'Leary, who committed the crimes undergirding the series. "Mark O'Leary can be easily turned into a Hannibal Lecter-type character and they could have shown scenes of him planning and plotting and doing the things he did. They really withheld that voice, and that's very notable," he says.

Amidst Investigation, Ellen Gets Support From "Friend" Katy Perry

Hrithik Roshan's Emotional Post for Jadoo: "Some Friendships ...
3 hours ago

Sanjay Dutt's Official Statement after being Rushed to the ...
4 hours ago

Mohit Sehgal To Play Lead in 'Naagin 5'?
6 hours ago

exclusive
Exclusive "In terms of hard work and perseverance, I don't think ...
17 hours ago

Sanjay Dutt Admitted In Hospital Due To Breathing Problems; ...
19 hours ago