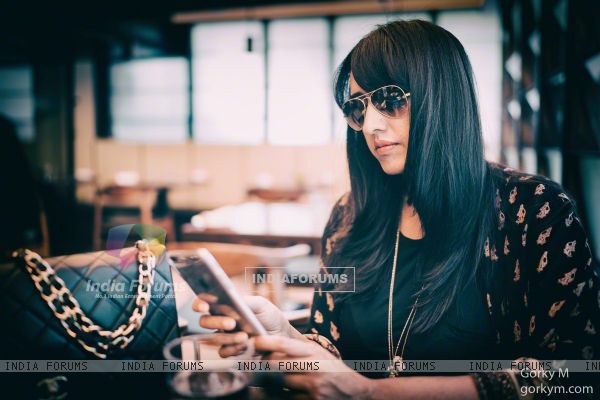 Ever since Star Plus and 4 Lions Films launched the 3rd part of Iss Pyaar Ko Kya Naam Doon, fans of the series have not stopped raving about the same. Also, the show has been receiving an equal amount of love as well as hate, for the casting of this season.

And amongst all the negativity, we came across a piece of news, that is sure to pleasantly surprise you all.

While both the first and the second seasons of the show had their own title tracks, the third is also bound to have one of its own. This season has the same title track as that of the first season except, the makers have revamped the track.

Famed Bollywood singer Amit Mishra, who has songs like Bulleya to his credit has rendered a new rock version of 'Rabba Ve'. The older version was sung by Raju Singh.

But guess who penned the heartbreaking lyrics of 'Rabba Ve'?!

Surprisingly, it is none other than the producer herself, Gul Khan.

Says Gul, "Not many know that I had written down the lyrics of the song. I do love writing songs for shows."

In that case, why did Gul not write down any songs for her current ventures Ishqbaaaz and Dil Boley Oberoi?

"For these two shows, I was really tied up with other aspects and really did not have the time to write for them," she added.

Well, with the 'Rabba Ve' track being a raging hit among the fans, they sure would want Gul to pen down some more lyrics.

Samira66 2 years ago BARUN SOBTI your smile drives me crazy.

anamunir 3 years ago Woah thats news to me :)
Its so wonderfully written though:)

RadiantTreasure 3 years ago No Wonder it is my Ringtone from the day it came.
Waiting eagerly for the show !

Samanta2857 3 years ago Gul Khan you are a wonderful and very talented producer. Looking forward to IPK 3

snerm 3 years ago Gul Khan I wish you creative success! Good luck for the new show! Barun Sobi you are the decoration of any project.

reeenaaa 3 years ago Barun Sobti,,, The best ACTOR EVER BARUN YOU ARE SUPER STAR AND KING DRAMA AND TEALIVION,,

Bobabe 3 years ago Barun Sobti,,, Wish you best of luck in your new project IPKKND 3,,

Rona26 3 years ago Barun sobti
My Favorite actor Love you so much sweetheart and support you always,,