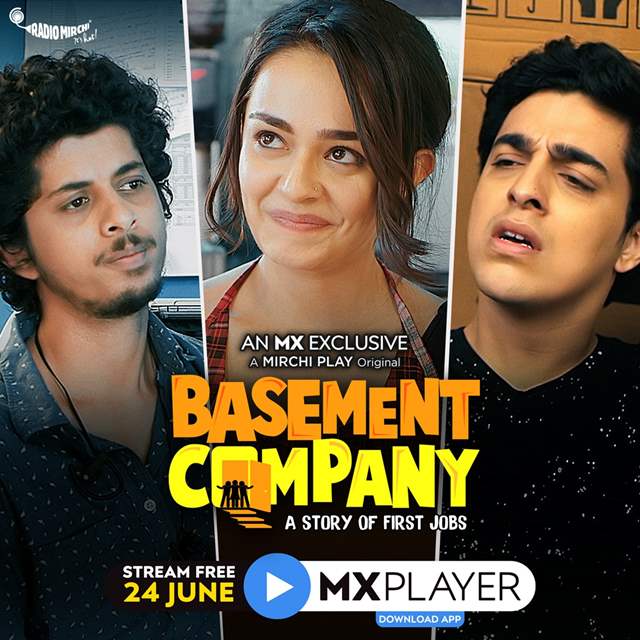 Dreamt of a fancy desk but got a seat next to the photocopy guy? Envisioned the king life of delegating work but were saddled with endless presentations and number crunching? We’ve all had our unique first job experiences – be it saying all kinds of prayers before hitting the leave request or constantly complaining to HR about the flaky internet.

But the silver lining through it all has to be your favourite co-worker or work buddy, who makes even work seem like play at the end of day.

Here is a list of 5 films/ shows that will take you right back to the joy and stress of first jobs!

1. Rocket Singh: Salesman of the Year – Harpreet Singh Bedi is a true example of a struggler who wants to make it big in his career. However - landing a job isn’t the difficult part, but surviving the first job is.  This film is a story of a fresh graduate trying to find a balance between the maddening demands of the 'professional' way, and the way of his heart.

2. Basement Company – This series chronicles the lives of first jobbers Raj, Simran and Rahul who are forced into the basement of their office while it undergoes a major transformation to attract more business. The show is set in Gurgaon, wherein these three badnaseeb buddies are put in the wackiest situations as they try to regain their territory upstairs. While trying to achieve this, they are fighting their respective battles to achieve their dreams which lie beyond the four walls of this company as well as juggling friendships, relationships and their new lives at work. The 5 episodic series is streaming exclusively on MX Player, binge watch all episodes for FREE.

3. Guru – The film is about a villager, Gurukant Desai who arrives in Bombay 1958, and rises from its streets to become the GURU, the biggest tycoon in Indian history. The film also highlights Guru’s struggles while becoming the successful textile merchant. Motivation at its peak!

4. Official Chukiyagiri – This is a story that depicts the life of every person who aspires to build his image in the corporate world but has to face unlimited problems and obstacles – obvio! It’s a story of an intern – Spandan Chukya, who has just started his internship at an MNC. He's very excited about his work and the people he's going to meet, but life didn't seem easy when he actually realized what he has to go through!

5. Wake Up Sid–Well not every person is proactive or in Sid’s case – active. Similar is the story of Sid Mehra who is a young man living in Mumbai who benefits from the indulgence of his parents. After graduating from university, he makes a stab at working in his father's business, but lasts only a week. He then meets Aisha, an aspiring writer from Calcutta. Sid helps her get settled in the city and then wants to take things further -- but Aisha isn't interested because of Sid's slacker personality. Her rejection is what wakes Sid up and then the struggle to find an actual first job starts.

Kartik Aaryan on getting a Pay Cut; 'I wouldn’t want to cut down on ...

Did Natasa and Hardik Accidentally Reveal Their Baby Boy’s ...
28 minutes ago

Adnaan Shaikh & Jumana Khan come together for a song with ...
35 minutes ago

Aly Goni feels that Surviving Alone without our Loved ones ...
55 minutes ago