Even though Helly Shah did noticeable work in the industry, her true call to stardom came from her stint as the dutiful daughter, sister, wife and bahu - Swara in Colors' Swaragini. And post the Colors' show, there has been no looking back for the actress.

Her efforts to bring alive a given character has not only won her immense recognition in India but worldwide as well.

And the actress was recently recognized for these efforts and her contribution to the acting field. She was awarded in Indonesia for the same.

An elated Helly announced her win on social media. Take a look! 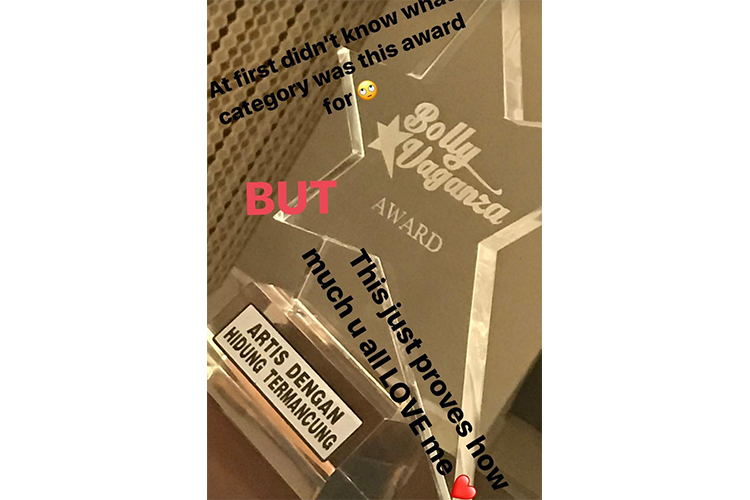 Trisha_magnet 3 years ago Helly shah u are doing a great job ..u rocked in Indonesia

princebabo 3 years ago Helly shah congratulations! May god bless you with more happiness and success! Loads of love!

Priyani000 3 years ago Congratulations Helly shah
My baby u rock !!!

chinnni1992 3 years ago Congratulations Helly Shah you deserve this award.

yatharths 3 years ago Helly shah congratutions...love you from my deep core of heart, keep rocking!

'Tujhse Hai Raabta' to take a Leap; Checkout their Post Leap ...
19 minutes ago

Karan Johar’s Takht put on Hold; Plans for another film ...
32 minutes ago

Kartik and Naira to Separate AGAIN in Yeh Rishta Kya Khelata ...
40 minutes ago

Namish Taneja all set to feature in 'Aye Mere Humsafar' as ...
55 minutes ago