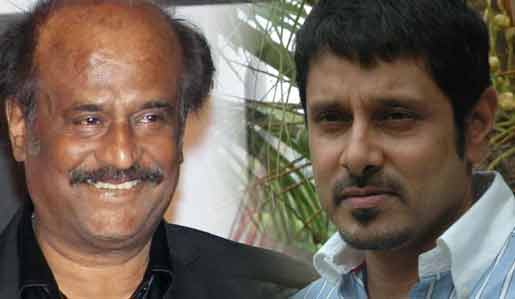 Superstar Rajinikanth, who was moved by actor Vikram's commitment for upcoming Tamil magnum opus "I", said Monday that no actor could sacrifice as much as him for a character.

Vikram spent over two years working for the film and he gained and lost considerable amount of weight to play his characters in the film.

"Vikram has dedicated his life for this film. Hats off to his commitment. I don't think you could find an actor who has sacrificed so much for a character in Indian cinema as well as Hollywood. I wish the film all success," Rajinikanth told reporters here.

Rajinikanth also appreciated filmmaker Shankar for making "I", which has been on floors for over two years.

"What do I say about Shankar? It's been two decades since he entered the Tamil film industry. He's climbing up with every film. 'I' will take him to the pinnacle. But I know this won't be the end because he will continue making films that will supersede his own work," he said.

"He'd always complain that why can't we make films on par with Hollywood. His aim has always been to take Tamil cinema to global standards. He does all this not just for money, but for his passion for cinema. He's the real cinema Indian," he added.

The movie, which is expected to hit the theatres during the Diwali festive season, also features Amy Jackson and Upen Patel in important roles.