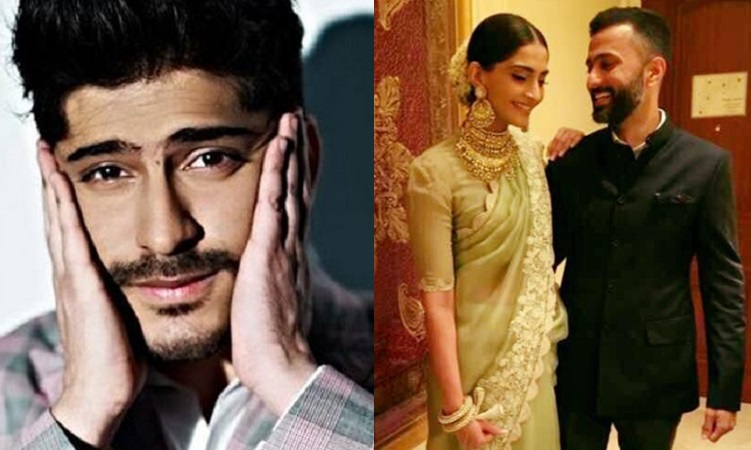 As known to all, Sonam Kapoor is all set to tie the knot with longtime boyfriend Anand Ahuja on May 8 in Mumbai.
At the trailer launch of his upcoming film "Bhavesh Joshi" we asked Harshvardhan Kapoor what gift he will be giving to his elder sister Sonam Kapoor on her wedding.
To this Harsh instantly replied: "'A Hug'! I'll give her a hug and lots of love". He further added that he is "too broke" to gift her anything".
"Really, I want to give her a lot of love and good luck. No gifts... because I am broke. Look at the kind of film I am working on, they really do not pay that well, so I really do not have anything to gift her," he quipped.
About wedding preparations back at home, he shared: "I am really happy that she is getting married. Anand is a great guy. However, I have been very busy with my film 'Bhavesh Joshi' andreally focused on the it for nowso I do not know much what's going on with that (the preparations)."
He is currently juggling between the wedding preparations at home and the promotions of his film which happens to release this month itself. So when he was asked about how is he managing all of it, he said: "The Wedding is on the 8th and thewhole occasion will get over by then. Myfilm will be releasing on the 25th. So post the wedding I'll kick start with my promotions and I have enough time afterwards. So yes, I think I will handle everything pretty well."
Directed by Vikramaditya Motwane, "Bhavesh Joshi Superhero" is releasing on May 25. This is Harshvardhan's second film after Rakeysh Omprakash Mehra's "Mirzya".