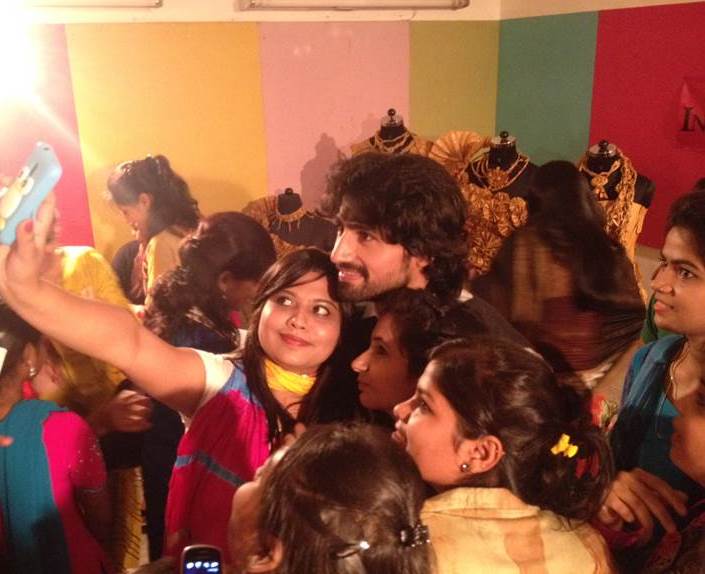 The fans of television's heartthrob Harshad Chopra are quite excited and elated these days as the popular actor is making a comeback on television with a bang after a long sabbatical.

The actor will soon be seen essaying the character of Sahir Chaudhary who is business tycoon in Sony TV's much awaited show Humsafars. Even though the actor was away from the small screen for a long time but still he was being missed by his fans.

Recently, Harshad visited Lucknow for the shoot of his show where the popular actor was mobbed by his fans especially girls, who were too excited to meet their favorite actor and also clicked pictures with him.

While the actor enjoys a great fan fare, we hope that his fan following will continue growing with time!

aria.tasnim 5 years ago Harshad chopra
.
.
U r the bestest

minaz296 6 years ago Harshad Chopra, welcome back. Counting down the hours till you appear on screen.

-svetalana- 6 years ago Eagerly waiting for Harshad. God bless you

zoyazul 6 years ago Eagerly Waiting for tomorrow epi. and all the best Harshad Chopra!!

heartsmiles 6 years ago Harshad Chopda...
Bless you...
Be happy

aisha-m 6 years ago All the best for Humsafars...