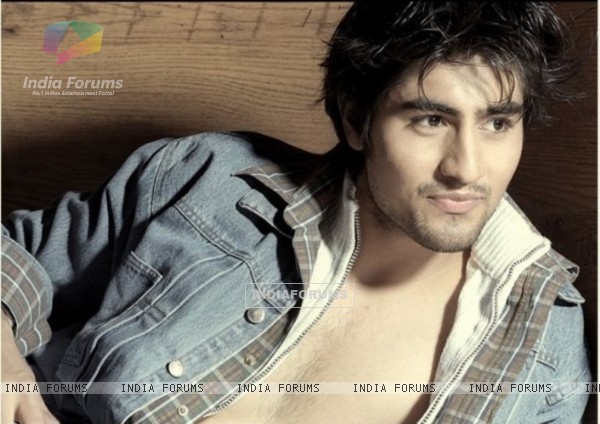 Television's handsome hunk, Harshad Chopra who remained away from Television for about a year will be seen in Gul Khan's upcoming show on Sony Pal. While his fans were eager to see their favorite actor back on the small screen it seems that their wish has come true.

Yes, you all heard it right! Hashad Chopra will be soon seen in Gul Khan's 4 Lions Productions'   tentatively titled as Humsafar on an upcoming channel Sony Pal. The actor was last seen in Dil se di dua.Saubhagyavati Bhava? on Life OK.

There were reports that Harshad who was approached for the show might not do the show as he is being pricey but he has put a rest to all these rumors and has finally signed on the dotted lines.

As reported elsewhere that popular actress Jennifer Singh Grover who is currently seen in Star Plus' popular show Saraswatichandra has also been approached for the same show as the lead but there is no confirmation yet. Gul Khan is also looking for a fresh face and has found her girl who hails from Shimla and she might be seen in the lead role instead of Jennifer.

TellyBuzz wishes Harshad Chopra all the best for the show!

.HarshRutu. 5 years ago Harshad Chopra... We're again waiting for you :(

It will be a great show

StayStrong 6 years ago I hope dd works opposite hc,they will look great together.

ASRkiMoonlight 6 years ago Guys! I read it somewhere that the promo is already out...anyone having it pls post it here :-)

VIMAL.SM 6 years ago All The Best Harshad Chopra. I Would Love To See Aditi Gupta Opposite Harshad .I Miss Their Jodi.

HClover1 6 years ago Eagerly waiting for you Harshad chopra :)

lovehurts 6 years ago IF want to know more about the show. Releasing date and timing of the show. Character name and look. Please cover his while shooting.