As Star Plus' long-running show in the afternoon band, Kumkum Pyaara Sa Bandhan enters its final week, Telly Buzz gives you a brief on the track ahead.

According to our source, "The final week will have all the masti, excitement that the viewers will love to watch. The story will culminate with a very happy ending of Sumit and Kumkum getting married. The Raichand family and Kumkum's family will also be back for the finale episodes. The negativity between Sumit's father and Kumkum's father will be put to rest by Sumit and Kumkum with the help of Dadi (Rita Bhaduri)". 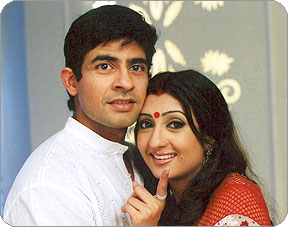 
It will be a fairy tale end to the eternal love story with the Raichand family, Kumkum's family and the Wadwas joining in to organize the wedding of Sumit and Kumkum. "Initially, the three families will want the wedding to take place according to their own custom, but later they all unite and conduct all the rituals together. Wadhwas accept Kumkum as their daughter now, and they get their daughter married now to the Raichand family", explains our source.

The week will witness whole lot of excitement with all the rituals starting from mehendi, sangeet and the wedding being shown. "There are some memorable dance sequences too to look forward to between Sumit and Kumkum with which one can relive the memories of their past janm too", adds our source.

Sarjan Singh aka Faizal Raza Khan will also make a comeback. "We will see a reformed Sarjan apologizing for all the mistakes that he has made. This will symbolize the fact that nobody can separate Sumit and Kumkum who have been reborn to unite again", states our khabroo.

The ultimate scene of the show will be very dramatic. "Wadhwas will take Sumit and Kumkum to the shrine where they breathed last in the previous janm. Going back to the past, Sumit and Kumkum had taken their saath pheres in that particular shrine and had placed their finger prints on a pillar there before they died. Now, they will again place their finger prints on the same pillar. The final scene of the show will have the eternal Jodi Sumit and Kumkum placing their fingerprints, thus merging the latest prints with their past one, symbolizing the union of the jodis after reincarnation", concludes our source.

Well, as they say all good things have to come to an end, and we will see the much-loved show ending on March 13th.

All we can say is that, Sumit and Kumkum's eternal love brought them back together and they lived happily ever after!! 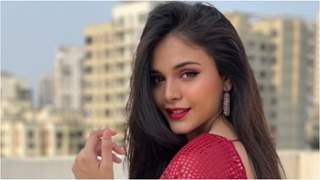 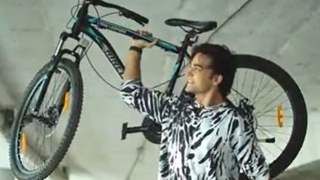 + 3
13 years ago the best ending ever we will get....
thanks the entire cast of Kumkum for making my life so special by this show..
will always love this show and yea lookin forward....dunno m happy or not..

+ 2
13 years ago now that we know the show is definitely coming to an end, we have to take it.

good to know that they will get their past memories. also surjan will be back! & such wonderful marriage celebrations

looking forward to it

13 years ago Afterall atlast they just let off RA! V were waiting 4 their marriage! Don''t SuKk feel 2 invite RA their frnds in their marriage?

+ 3
13 years ago OMG still can''t believe that the show is ending on 13 march!!!!!!!!!!!!!!! i am seriously hating star plus...but what can we do nothing.............well we will be seeing amazing episode this week...so will try to enjoy.
anyway thanks a Hussain and Juhi for entertaining us for seven years...we love you soooooooooo much and will always love you
best of luck for your future project...and will be hoping to see both of you together once again on TV

13 years ago OMG.....this article gave me a shock. They talk about the last scene..OMG. The last scene of that story that made us live a new life. what things we knew about this and what things we discussed about this jodi.....and everything will end in this one final scene....man this too much to take

13 years ago I am extremely sad to read this article. Its very disappointing that Star plus team is ending a sow which has entertained the viewers for last 7 years and still attracts the viewers like a magnet. The awesome jodi of Sumit and Kumkum is ideal jodi. I still can''t believe that how such interesting serial is getting end so soon.
Kumkum after reincarnation, had taken a turn like a new serial. The story is going so fine. I don''t find any reason for it to get end. The Current Star Plus team''s decesion to end kk is disgusting ! Its very foolish decession indeed, because rarely there are serials which continues to be source of enjoyment for the viewers for such long period of time. Kumkum inspite of afternoon soap had come in top ten list many times. Although I had noticed that kk was neglected by Star Plus but fact is Viewers love KK very much. I love watching kk very much.