Lara Dutta Bhupati, the ever so elegant beauty of Bollywood and former Miss Universe, was born in to this world on this very day 33 years ago! While she's busy celebrating her birthday with her hubby, tennis player Mahesh Bhupati and some close friends, let us take you back into the life of this beautiful babe! 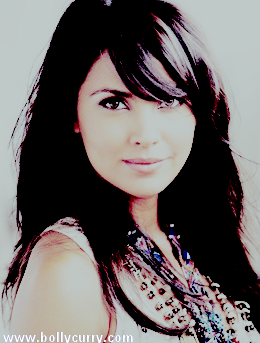 d an Anglo-Indian mother, Mrs. Jennifer Dutta. She also has one younger sister and two elder sisters, one of whom serves in the Indian Air Force. Along with that, popular DJ Nitin Sawhney, also happens to be her cousin.

Stepping into the field of modeling, she won the annual Gladrags modeling competition in India, thus winning the right to be the first Indian representative at the 1997 Miss Intercontinental, in which she took first place. Later on, she was crowned 'Femina Miss India Universe' and 'Miss Universe' in the year 2000; being the comprehensive favorite, much ahead of the tough competition from the likes of Venezuela, Spain, USA and Canada.

The beautiful lass strode into the acting industry, with initially signing up to do a Tamil movie named Arasatchi in 2002. However, due to perverse problems, it got released in mid-2004 and till then, Lara had already prevailed the hearts of the entire nation, by starring in the film Andaz opposite Akshay Kumar and co-star Priyanka Chopra. The movie was a huge commercial success and Lara went on to receive a prestigious Filmfare for best debut performance female along with Priyanka Chopra for the same movie.

Up next, Lara starred in a number of films from acclaimed and well applauded banners and directors. Some of her box-office hits include Masti, No Entry, Partner and Housefull. In the year 2008, Lara acted in an action-thriller film along with Akshay Kumar and Sanjay Dutt called Blue, which went on to become one of the most expensive movies of Indian Cinema. Initially she decided to opt out of this project due to her swimming-phobia, but later went ahead and got herself enrolled in swimming lessons. Even though the movie did not do too well, Lara received critical as well as commercial praise from her admirers.

Lara dated New York Yankees star Derek Jeter when she lived in New York, and also, her affair with Bollywood actor Dino Morea, raised some high fumes in tinsel town. Concluding her personal life, she is now married to International Tennis player - Mahesh Bhupati, and even runs a production house named Bheegi Basanti Big Daddy Productions with him. They got married recently on February 16, 2011 in a civil ceremony in Bandra and later followed it up with a Christian ceremony on February 20, 2011 at Sunset Point in Goa.

Currently, Lara is awaiting the release of the first film of her production house, Chalo Dilli, with actor-comedian Vinay Pathak. Since, this is her first film after her wedding, she is quite excited about it!

Despite several ups and downs in her personal and professional life, Lara still remains the favorite of many!

We at Bollycurry wish Lara a very happy birthday and a happy married life as she turns 33 today!

Hope he is happy wherever he is: Celebs wish Sushant Singh Rajput on ...