From being a TV serial producer, to becoming a music director, then singer ( !! ) & now also an actor ( ?? ), he wore many hats..err...caps at the same time. He claims himself as a 'Global Rockstar'. Well not sure of that, but he is definitely the first 'Gujarati Rockstar'.

He is none other than our very own Himes-bhai…( in gujarati accent ). 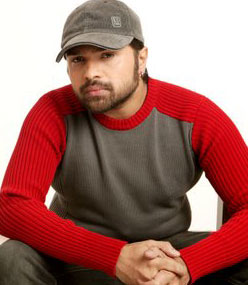 Noted astro numerologist Bhavikk Sangghvi predicts what's in store for the 'dhokla boy' ( self proclaimed ) in days to come ?.

Thus, Himesh is influenced by the fastest planet of speed & communication No.5

( Mercury ) twice. Too ( Two ) Good ! No wonder he is a restless person, a complete workaholic & likes to do many things at one 'go'.

The positive side of this aspect is that he scaled new heights of success too fast too soon. But on a negative side, it is witnessed that when he looses control over his speech, there is simply no stopping him as a result of which he invites unexpected trouble in the form of controversies & criticism.

" Himesh will be entering his 36th year ( 3 + 6 = 9 ) which just does not gel well with his date of birth ( Number 5 ). Entering the year of Mars ( Number 9 ), he needs to remain cautious about his temperament and / or minor health issues especially blood related " predicts Bhavikk.

" He could get away with the success of his debut film ( thanks partly to his 'stars' and some credit to his 'maa ka aashirwad' ) but this time, he is most likely to 'slip'. Major success is definitely ruled out for sure ".

" I would advise him to wear a Red Coral set in gold and / or a Pearl set in silver to bring in mental peace and stop unnecessary delays in his life whatsoever " concludes Bhavikk.