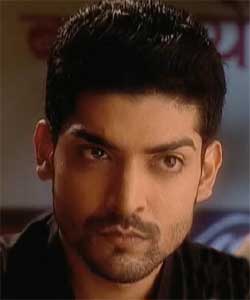 Gurmeet Choudhary had just recovered from a dislocated shoulder, and the latest is that the otherwise energetic actor is now forced to be in bed as he has been diagnosed with malaria. The actor who has been giving nearly 20 hours to his show Geet Hui Sabse Parayi on Star One suffered from high fever coupled with shivers on Saturday, and this is when he was sent home to have a complete check up done.

A little birdie told us, "The doctors had advised Debina Bonnerjee to actually admit him in the hospital, as he was running a very high temperature. However, Debina had insisted to take complete care of him at home.

We called up Debina who said, "Yes, Gurmeet is down with malaria since Saturday. I am taking care of him at home, and he is recovering to treatment. The doctors have recommended complete bed rest for atleast 2-3 days".

However, we hear that the creative team of Geet have run out of bank, and they badly need to shoot with their male lead today.

When inquired Debina about this, she quipped, "Yes, it is true that the show needs Gurmeet today, as there is no bank literally, not even for tonight's episode. I cannot send him to the shoot place at this state, so they are coming over to our place to shoot. However, I am not going to allow Gurmeet to shoot beyond an hour or so, as he needs to rest a lot to get better soon".

Such are the demanding schedules of television!! At this stage, we can only wish that Gurmeet does not aggravate his health and gets better soon...

Angelrehana 5 years ago Gurmeet Choudhary I always pray for ur well being ..
Love u

RubyWoo 9 years ago Gurmeet may you get all the success,happiness and fame, God Bless.

RubyWoo 9 years ago Gurmeet number does not matter your fans love and you are always no. 1 for us.

Rituparnaa 9 years ago You are teh best and you will always be number one in our hearts.

Never thought I would be dancing, I was preparing to be an ...
47 minutes ago