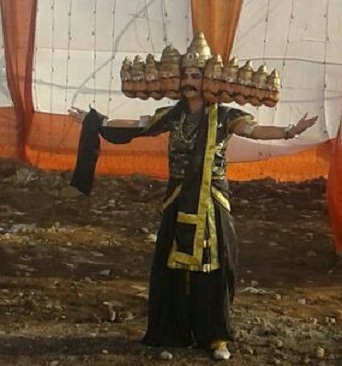 Good looking actress Gurdeep Kohli who is better know as Dr. Juhi of Sanjivani fame on Star Plus is returning to small screen after a sabbatical. Post pregnancy, Gurdeep was enjoying her motherhood and later was seen as the host of a cookery show Baccha Party on the food channel Khana Khazana.

Gurdeep who has acted in a few shows will be seen in Star Plus' much loved and top rated show Diya Aur Baati Hum. While the actress has been playing positive roles, this time she will be portraying a negative character. As Disha and Prema are helping RK in executing his cruel acts against the country, Gurdeep's character will add more spices to the drama.

As per our source, "Gurdeep will enter the show with Raavan's avatar and she will be seen playing a negative role and her character name will be Maya. Later she will disguise herself in many characters like that of a widow and more."

"During the fair, Ramaleela will be enacted where the bomb will be planted. Suraj (Anas Rashid) will succeed in tracking the bomb and police will able to throw that in an empty place. This will lead to that chaos in the fair and there Gurdeep will enter in the show in an shocking avtar," adds our source.

"Audiences will not be able to recognize her at a first glance as she will disguise herself as Raavan. Later it will be revealed seen she is a terrorist and is helping Disha (Jyoti Sharma) and Prema (Vindhya Tiwary) to get RK (Gaurav Sharma) out of prison. Thus these three women will be seen together for the first time in the fair," ends our source.

Will Sandhya be able to track these terrorist?

surajshan 6 years ago Anas Rashid, you are doing great :)

Anas Rashid, you are doing great :)

LuvSuraj 6 years ago All the best Suraj ji !!
Stay blessed!!

surajshan 6 years ago All the best Suraj ji !!
Stay blessed!!