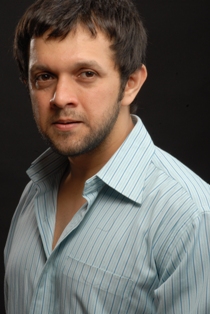 Featured Video
As Gunjan's condition gets critical, there will be high drama in the hospital with Samrat (Mohit Sehgal) getting emotional requesting Gunjan not to leave him. With Adhiraj (Nishant Malkani) revealing to his friends, that it was the guy from the other college who shot Gunjan, things take a new turn. With the aid of the police, the guys try to nab the culprit who happens to be the character played by Abhinav Kapoor".

At this juncture there will be yet another new character entering the show, played by Imran Khan. The guy will play the role of Jitendra Devraj, a young and enterprising politician, who comes to the rescue of the guys.

According to our source, "The channel and production house want to have a track similar to Rang De Basanti. Jitendra Devraj promises the family of Gunjan that he will nab the culprit, thus voicing against eve-teasing".

Amidst this, Gunjan will slip into coma. "Gunjan will have major health concerns, and will eventually slip into coma. There will be an intrigue factor that will be devloped, as to whether she will survive this accident or not. With this, the fight against eve teasing will be taken to a newer level by Samrat, Mayank (Arjun Biljani), Nupur (Rati Pandey), Adhiraj (Nishant Malkani) and others", informs our source.

However, there will be a new twist to the tale, as the guys find out the real identity of the person who is responsible for Gunjan's bad condition. "The guy who had shot Gunjan will turn out to be the younger brother of Jitendra Devraj. The character played by Abhinav Kapoor, Yash Devraj will try to hide behind his brother's political power, and this will only intensify the battle against eve teasing".

When contacted, Jas Karan Singh aka Uday told us, "Yes, I am aware that there will be a political connection involved in the track. Basically this track is to convey to all that eve teasing is simply not acceptable. As far as Gunjan's track goes, I really do not know what will happen to her".

Imran Khan too confirmed that he is part of the show. "I have started shooting today. I will play a politician on the lines of the young Rahul Gandhi and Omar Abdullah. I come to the rescue of the girl's family who has been subjected to eve teasing and has slipped into coma. My character will have many shades, and that's what I have been told as of now. I have this typical politician's robe, and am seen in complete white".

Imran has earlier done shows like Tara, Dastaan etc. His entry will be aired in tomorrow's episode..

8 years ago IT WAS DEFINITELY ONE OF D BEST TRACKS IN MJHT..LOVE U Mohit Sehgal...

+ 5
12 years ago plese plese plese do not do tis to gunjan and dont take her legs away let the girl waslk freely..........i rather not watch political problems in my fave indian drama. so end this prob soon