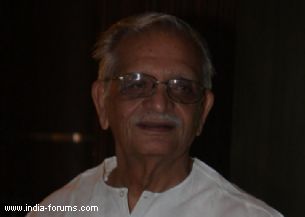 Noted lyricist-writer-filmmaker Gulzar says some of the greatest contemporary poetry and literature is emerging from the country's eight northeast states, which also contain an abundnce of talent warranting a children's film society.

"In northeast states for instance, in Meghalaya, Arunachal Pradesh or other states of the region, a children's film society should be established. There is so much talent there. They should get connected with a central body," Gulzar said at the 18th International Children's Film Festival (ICFFI), which began Thursday.

"The best of poetry happening at this time in literature is from northeast. Other forms of art should also be taken care of," added the veteran lyricist, who believes ICFFI should be taken to different parts of the country.

The 79-year-old, who was present at the opening ceremony of the seven-day long event which will conclude Nov 20, liked watching "Gopi Gawaiya Bagha Bajaiya", an animation film directed by Shilpa Ranade.

"I liked Shilpa's film a lot. She has a new voice and the movie has rich animation," he said.

"Animation is deeply rooted in our culture...You don't have to learn from the west. We have received new technology which has made it easier," said the 79-year-old.

Bigg Boss 14: Abhinav Shukla and Rubina Dilaik to be a part ...
20 minutes ago