You are here :
OVERVIEW ABOUT
35
NEWS DISCUSSION FANCLUB 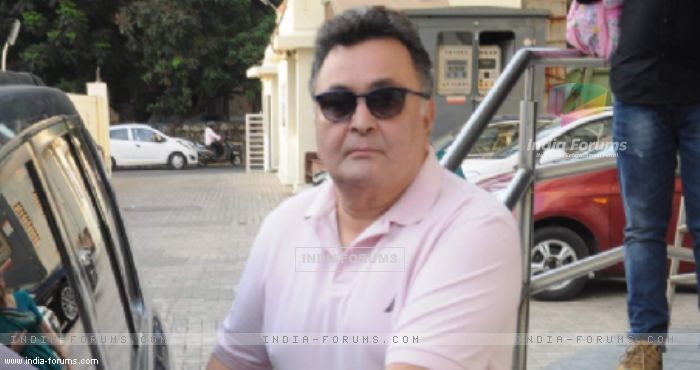 Veteran actor Rishi Kapoor says he would have worked more with Nasir Hussain but it was the guilt that kept him away from working with the filmmaker.

"I worked with Nasir sahab in two movies. I would have worked with him in four movies but guilt kept me away. I somehow felt that 'Zamane Ko Dikhana Hai' did not perform as well as 'Hum Kisise Kum Naheen', that's why I felt that I must have hurt Nasir sahab's feelings and hence shouldn't work with him," Rishi told Zee Classic as a part of the ongoing Nasir Hussain Film Festival on the channel, read a statement.

The actor said Hussain would still call him and ask him to meet in his office.

"And I would always make some excuse like I am busy or I am working. Pancham (R.D. Burman) would also call me asking me to meet Nasir sahab but because of my guilt, I felt he should work with other actors. Pancham da, Majrooh Sultanpuri uncle, Nasir sahab and I were a fabulous team," he added.

The actor, who has also worked in films like "Bobby", "Kabhie Kabhie", "Prem Rog" and "Bol Radha Bol", also revealed that Rs 90,000 was spent on his costume for the song "Bachna Ae Haseeno" from the film "Hum Kisi Se Kum Nahin".

"The entire dress was made of plastic shells because that would reflect on the camera and look different when exposed to different kinds of lighting," Rishi said, adding that it took two months of hard work to make the ensemble for the song.

"I had suggested that dress to Nasir sahab and informed him that it might be a little expensive but he least expected it to be that expensive. Rs 90,000 was a lot of money, especially in 1975. The red heart that I had worn with that outfit was borrowed from Neetu's (Neetu Singh) friend who had purchased it in London. I told her that I wanted to wear it for that song," he added.

Rishi said Hussain worked as hard on his music as he worked on his scripts.