You are here :
OVERVIEW ABOUT CAST DISCUSSION
4
NEWS
3
PHOTOS 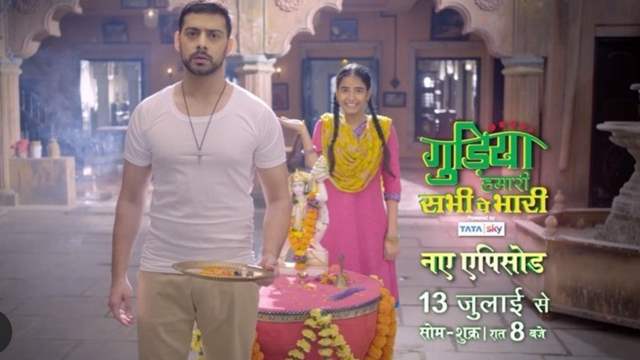 &TV’s Gudiya Humari Sabhi Pe Bhari is a slice of life story of Gudiya (Sarika Bahroliya), having her own unique quips and quirks to life. Gudiya’s marriage has been one major sore point for her parents Sarla (Samta Sagar) and Radhe (Ravi Mahashabde). The forthcoming episodes will soon introduce new characters and a whole new level of entertaining drama and hilarity surrounded by an ancestral dacoit family that has come to stay in the neighbourhood who believe in, ‘Goli ki Boli!’ Who are they and what storm are they going to bring in Gudiya’s family?

Amidst all the confusion and tension due to an erroneous marriage proposal that came in for Gudiya’s mother, Gudiya notices mysterious activities in a haveli nearby. Our inquisitive Gudiya decides to check up on the haveli only to cross paths with Guddu (Karam Rajpal)! Who is he and what is he doing in this haveli which doesn’t even belong to him? She fires questions at him and asks him to vacate the haveli immediately! Soon enters Guddu’s mother Putli Devi (Abha Parmar), who tells Gudiya that they have bought the haveli. Gudiya does not believe them and gets into a huge altercation. Now a war has begun between Guddu and Gudiya, a water war! He spits and spills water on her and has successfully gotten on her wrong side. Meanwhile, Gudiya is still unaware of the fact that Guddu belongs to an ancestral dacoit family and decides to teach him a lesson!

Talking about shooting with the new cast, Sarika Bahroliya who plays Gudiya, says, “This was one of my first scene shot with Abha Ji and Karam. She is an industry veteran. Obviously, I was initially nervous. But she was very warm and forthcoming and so was Karam. During the scenes we all ended up in splits, with Karam being such a fun soul to work with made it a memorable shoot! We have a lot of fun and exciting stories in the pipeline, and we all are excited about it.”

Sharing his experience of shooting for Gudiya Humari Sabhi Pe Bhari, Karam Rajpal who plays Guddu, says, “It was an amazing first day! I never expected it to be so fun and smooth, given we were meeting for the very first time. However, it was great shooting with Sarika and Abha Ma’am. There is a lot to learn from her. She is a seasoned actor, and I feel so fortunate to be working with her! I had met Sarika before and loved the energy she brought with her but having now worked with her I would say it uplifts the energy of the entire set! We all had a wonderful time, and I am glad to officially now be part of &TV and the Gudiya Humari Sabhi Pe Bhari family!”

While offline Gudiya and Guddu are very pally, on-screen, they are at loggerheads with each other. A war has begun between the two of them which is not going to end anytime soon! Is this a beginning to a surprising turn of events or a start to a sweet-something?

Tune in to Gudiya Humari Sabhi Pe Bhari at 8:00 pm every Monday to Friday only on &TV! 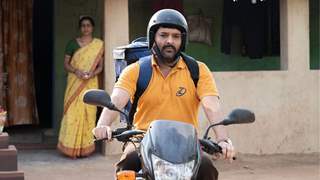 Zwigato trailer out: Kapil Sharma portrays the hardships of a ...