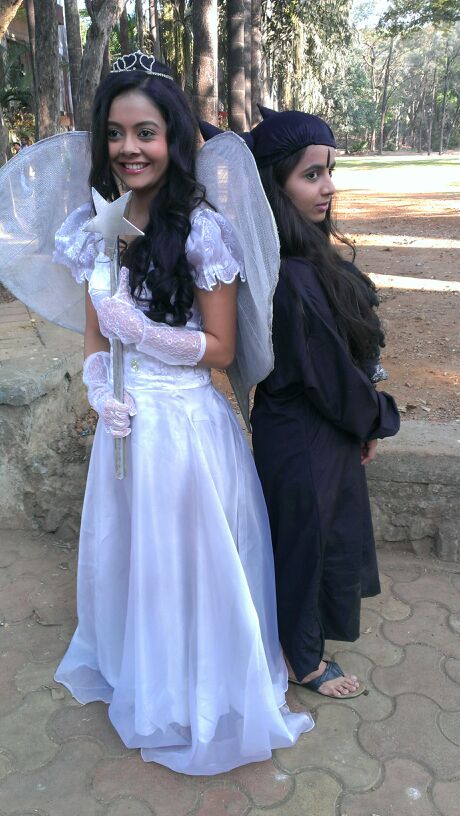 Star Plus' popular show Saath Nibhana Saathiya has been gaining immense response from the audience even after the show has taken a leap. The audience it seems are loving the new track where the kids of Modi parivaar are shown grown up and now will make an attempt to unite Gopi (Devoleena Bhattacharjee) and Ahem (Mohammad Nazim).

Yes you all heard it right! As seen in the show Vidya who is Gopi and Ahem's daughter learns that Ahem is her father. She will seek Sahir and Samar's (Rashi's twins) help to unite her parents however, Kokila (Rupal Patel) wants her son Ahem to marry Radha (Bhavini Purohit) younger sister of Gopi.

Being innocent but notorious kids in Modi family, Samar and Sahir have never liked Radha and thus think that she is a witch. But Gopi who is their teacher always loves them and thus her caring nature makes them to think that she is just like a fairy.

Confirming about the same our source says, "While the kids are on their way they imagine that Radha who is a witch if marries Ahem then she will harass him and trouble him. Whereas on the other hand they imagine Gopi dressed up in a nice white gown along with the magic wand just like a fairy. Being a kind and generous teacher, these kids want their teacher to marry Ahem."

When contacted Devoleena who plays Gopi to know more about the same she says, "Yes you will soon see me in a fairy's attire and Radha in a witch's attire. Basically it's a small sequence where kids are imagining about us. But the twist will be seen in the marriage. As you all have seen that kids are making plans to unite us that is Gopi and Ahem, thus they will trap Gopi in their master plan by saying that they are playing some game where she has to act as a bride and so she has to dress up like a bride. As per the plan Vidya will take Gopi to the marriage venue."

So will Gopi and Ahem's union happen in the show? Will the plan of these kids be successful? To know more about the same keep reading this space.

Sanya Malhotra Stuns in a Golden Dress on the Digital Cover of a ...

Changers 6 years ago it was such hilarious scene to watch. Loved it, Radha evil smile made me laugh and Gopi was exactly looking like angel and Radha LOLs

shefalirocks 6 years ago Ehem ehem you guys forgot their didi meera is still alive you know i am already imagi.ing that vidya is shocked to have a dad she will be in for a mahasurprise when she discovers she has an older sister rofl

Idealistic 6 years ago i lyk papu...he is so cute...such a sweet kid

exclusive
Exclusive Saqib Saleem: It breaks my heart to see Bollywood's ...
14 minutes ago

Bhumi Pednekar admits being Intimidated by Ranveer Singh; ...
16 minutes ago

Naagin 5: Sharad Malhotra talks about romantic scenes with ...
58 minutes ago