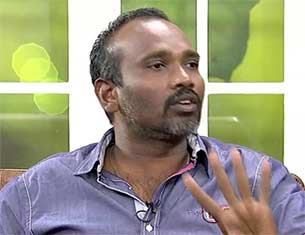 Cinematographer-turned-director S.D. Vijay Milton is elated as his recent directorial "Goli Soda" has emerged the first blockbuster of the year in Tamil cinema. It has minted Rs.8 crore in its first week in Tamil Nadu.

Reportedly, it was made on a budget of around Rs.2 crore.

"I'm extremely happy with the response to the film so far. We recently released in other cities as well such as Mumbai and Hyderabad. We are getting good response from audience in these places as well. I have been in the industry for over two decades but I feel this is my biggest achievement," Milton told IANS.

The film, which released Jan 24, was distributed by production house Thirrupathi Brothers.

"The film has collected over Rs.8 crore at box-office. The overwhelming response and collection has made the distributors as well as theatre owners extremely happy," read a statement from Thirrupathi Brothers.

Set against the backdrop of Koyambedu market in Chennai, the film narrates the coming-of-age story of four kids, who played the lead roles in the film.

Meanwhile, the director is also gearing up for the sequel, which he plans to shoot from October onwards.