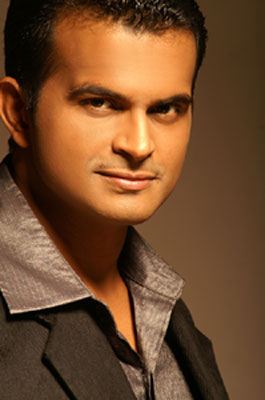 The much talked about awards of the year - The Gold Awards, to be hosted in Mauritius sometime this month, has finally chosen a host for the function. It is none other than the ever famous Anchor and host, - Siddhart Kannan. Siddhart will host the two major events of the Awards - the red carpet and the curtain raiser for the ceremony. Siddhart was extremely excited for the same, and apparently as rumors spread, he even cancelled another corporate event for the awards.

The Gold Awards - the first ever international television awards show, is a joint venture by Anuj Saxena, Vikas Kalantri and Pooja Ghai. Though Siddhart remained unavailable for the comment, Vikas Kalantri expressed his feelings for the current decision, “Siddharth was the first choice that came to our minds when we thought of an anchor. We basically wanted to keep it a light and fun event, and Siddharth was the most appropriate person because he is witty, versatile, spontaneous and shares a great rapport with most of the people which increases the comfortability of the stars. And today, he is one of the sought after anchor in the industry. There was no question of approaching anyone else!"

For more exciting updates on the Gold Awards, stay glued to Telly Buzz.

15 years ago thanks for the article... looking forward to the awards show!