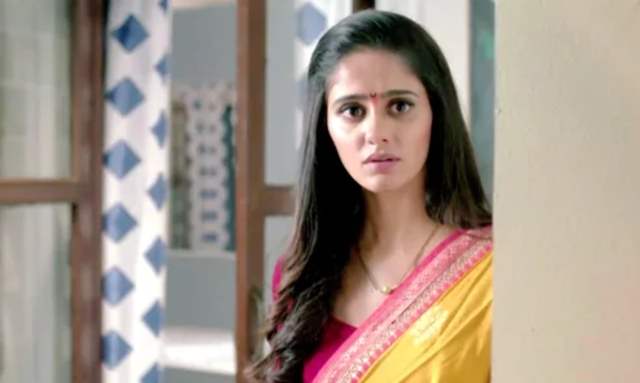 Star Plus show ‘Ghum Hai Kisikey Pyaar Meiin’ is getting quite dramatic with each passing episode. Sai and Virat have been staying away since years but have finally came face to face. Virat is furious that Sai stayed away from the family since so many years while Sai is agitated that Virat did not bother to find out about her.

Also the promo is out where Pakhi will be seen reaching the village and telling Sai to come to chavan house. But the drama will not end as and when the whole family will come to know that Sai being alive. It will happen when Pakhi reaches the village. Sai sees Virat with Pakhi while Virat sees her with Jagtap which further will lead to more misunderstandings.

After that Virat leaves the village with Vinayak and Pakhi with anger. He doesn't want to talk about Sai anymore. Virat does not tell the family about Sai being alive. But after that, Vinayak's condition will begin deteriorating in the Chavan house.

In the situation the family will learn about Sai being alive.

+ 6
2 months ago I hope Sai isn't forced to go to CN for Vinu. If he needs treatment he should stay with Sai not vice versa. Sai does not need to leave her life to go attend to one patient that roo whole tolerating CN folks and their rubbish.

+ 5
2 months ago So Virat can marry but Sai cannot move on. Rubbish

Priya 2 months ago Disgusting. Virat misunderstood Sai again. Actually he never loved her or he would have known Sai would never be with Jagtap. It's always about his anger, his pain. He isn't thinking abt Vinu also. Doesn't deserve to be a father.

+ 6
2 months ago Will you please tell when Savi truth will be out?

+ 6
2 months ago How boring .. virat is dried old stick ., Rono would never have left emon like this in trouble . GhumShould stop calling this a kusum dola remake .. butchered the characters so much

2 months ago How predictable? 😁 This Chawla guy is upto no good! Just to bring back Sai, they'll now show a kid's suffering! Bhai kuch toh lihaaz karo. Please don't show such tracks with child actors. Sai will live with Savi at the clown niwas with all that tamasha👎👎👎👎👎 it was horrendous when she was married to Virat, now it'll be a full blown cringe fest! Ew🤡🤡