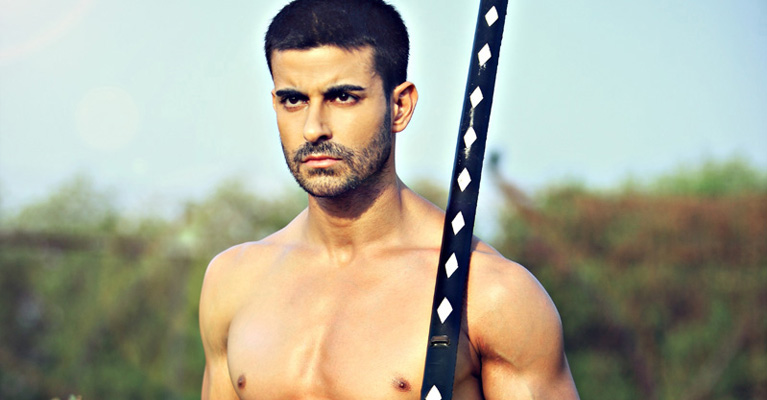 Actor Gautam Rode has been enjoying the last eight months of shooting for Mahakumbh these days due to the high on adrenaline action sequences.
The die-hard action fan says, "I have experimented with everything from romance to comedy in my previous shows but with Mahakumbh, I have gotten the opportunity to do action. I have always been an avid viewer of action and hence I have enjoyed it a lot. I am definitely going to miss playing Rudra as it's a character close to my heart as well as the action sequences we have been shooting once the show is over."
Gautam's nephew seems to be following the show and calls him every so often to talk about how much he loves the action sequences he's watching on the show.
Gautam who hasn't been trained in any form of marital arts or action says, "I have learnt on the job and that's better than any other training that you can get as its for life.  We have done a lot of commercial and filmy action with harnesses and cables, which is seen very rarely on television and takes a lot of time but for me its been a great learning experience."
The actor hardly had a five-day gap between Saraswatichandra and Mahakumbh and hence we are wondering whether a break is on the cards. Gautam says, "I am a workaholic by nature.  While I am craving for a vacation I am not sure whether I will be able to sit idle.  There are offers coming from various mediums but I definitely want to do something different from what I have already done and hence am contemplating the pros and cons before getting into my next project."
Gautam's show Mahakumbh is completing its seasons and hence going off air in July.

+ 7
5 years ago Gautam Rode is a fab actor. All the best for your future projects.

5 years ago Gautam Rode is a superb actor!! Love him from the days of Lucky!!

Mini series should be over in time!!!!

5 years ago will also miss him as Rudra, he has done a outstanding job

+ 5
8 years ago Salman Khan. You are the true definition of the finest in bollywood.