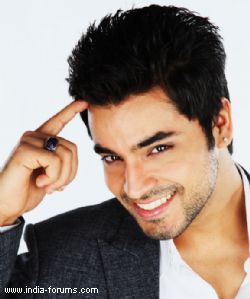 Though Gautam Gulati had an unexpected turning point with his track in Star One's Pyaar Kii Ye Ek Kahaani, he is today lucky to get another important role in Star Plus' upcoming show Diya Baati produced by Shashi and Sumeet Mittal.

A source says, "Gautam Gulati has been roped in to play Anas Rashid's brother in Diya Baati and the role is really significant."

All our efforts to reach Gautam Gulati were in vain.

Tellybuzz had earlier reported about the finalized cast of the show wherein Anas Rashid will play the male lead. Apart from these cast; Ashok Lokhande, Kanika Maheshwari, Anita Kulkarni will be seen in the list of cast. A Delhi based Deepika will play the female lead in the show...

The shoot for the show has already commenced and we also hear that the show is expected to launch by the end of July.

Anjaani_Dastaan 8 years ago what hotties &lt;3
i swear Anas and Gautam are both so good looking &lt;3

shivani003 9 years ago Happy to hear that Anas is back! All the best to Gautam too. His track as Shaurya was funny.

misschocolate 9 years ago m glad both actors are coming back soon :)

maryrose 9 years ago all the best for the new show gautam.miss u so much in pkyk.u were awesome as shaurya.misha and you were so cute together.love u gautam