Yash Patnaik's Baban Bai V/s Bimla Tai seems to be having one jolly time while shooting and especially with a set of mischievous cast, it would be of no surprise. Quite recently the crew was in for a shock when Gaurav Gera himself planned to astound his entire team with his new look where he was supposed to be playing an old lady for an upcoming episode. Interestingly the get up left him to be neither an impressive old lady nor the man himself, but made him float somewhere in between, creating a complete awkward situation.

Featured Video
But the sport he was, and may we say even the prankster, Gaurav took this very positively and deliberately decided to scare the entire unit knowing it had become impossible for anyone on the sets to recognize him. Producer Yash Patnaik being the main victim was almost taken aback by the entire scene, when Gaurav started almost stalking him.

"I was completely dazed as Gaurav came up to me and started to shake hands and hug me", says Yash. "I was scared and speechless and immediately wanted someone to come to my rescue. I was calling for someone to get the person out of the set and was wondering where she barged in from. It was a complete chaos, and he pulled it off very well. ", laughs Yash. "Later when Gaurav revealed himself, all of us burst out laughing loud", adds Yash.

Talk about some natural acting there! 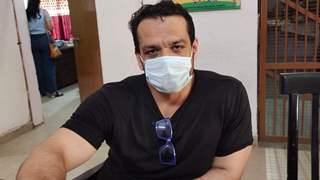 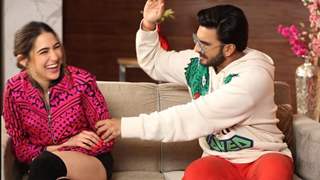 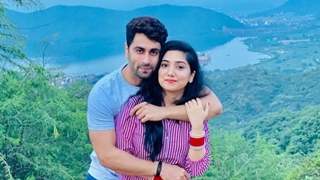 + 7
14 years ago Haila even I could not recognize Gaurav for a moment..he looks really very funny and mae-up is quite good

14 years ago ahahah! i dont know who he is but its really funny! :p