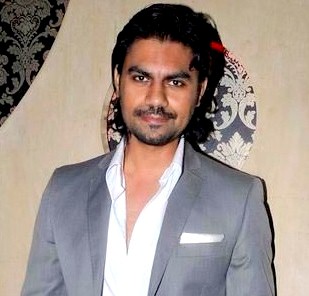 Film Farm Productions' popular show Uttaran on Colors is coming up with various twists and turns to attract the attention of the viewers. The show has been riding high at the TRP ratings and the interesting twists and turns in its storyline is making the audience hooked to the show.

But there is a sad news for Gaurav Chopra's fans who plays the character of Raghuvendra Pratap Rathore in the show as he will bid adieu to the show.

According to the sources, "Gaurav Chopra's character will end in Uttaran soon and the audience will get to see Gaurav doing some action sequences before he says good bye to the show."

Confirming the same Gaurav says, "I am honored to be a part of such long running show, it's been 4 years that I am associated with show and now it's a time to take a break. I have decided to bring variations in my characters that I play on TV. To grow as an actor in the industry one needs to recharge himself so that he can come up with fresh and active mind."

Since Gaurav has taken such short breaks earlier as well, so will the audience get to see him back in the show after a break and he says, "It's very unlikely as now I am feeling that I am done with the character and can't stretch it any further, it's time for me to move on, take a short break and reinvent myself."

However, we also hear that Gaurav is not happy the way his character shaping up and as promised to him the scenes are not going the way by which he felt that he had nothing more to offer to the character which made him to take a step to look up for some other show where he can get something challenging to showcase his talent."

We wish Gaurav Chopra good luck for his future endeavors!!

seraal 6 years ago rathore has been a very dynamic figure in UT, now his quitting the show ...i hv mixed feelings/// still wish him success

Surilikoyal 6 years ago Luvd u in Uttaran.hope 2 see u in a good show:)

Avika.Gor 6 years ago Then please Rashmi leave UT u to. Without u too this show is crap, if Gaurav is out please make same step. Hope that in future we will see again as couple. Love Rathore n Taps

Shaina_b 6 years ago Raghunvendra and Tapasya were the best pair in this stupid show!!!!

-Sud- 6 years ago He was doing a great job in Uttaran !!
Will miss him a lot... All the best for your future Gaurav Chopra ;)