Television celebrities are always in news for their performances, but this time we went over the board and asked them what they thought about the inflation in prices of commodities that has really shaken the common man.

Here is the take of your favorite stars on the pressing issue of today:

Your take on the inflation of prices: I think I would be the wrong person to ask this question. For us, it really doesn't matter but it's the common man who finally suffers. It doesn't make a difference for us if the budget flairs up a bit, but for them, it really makes a lot of difference.

The recent budget announced was pro-common man, so is this hike in price justified?: I am not very well versed with budget news, as I got to know just recently that potatoes are charged 60ps. At the farmers’ land and by the time, it reaches us, the cost just skyrockets. So I guess this is not justified at all.

Your take on the inflation of prices: I guess we are not the right people to speak on this. By the grace of God, sudden rise in the price of vegetables and grains does not affect us. But it definitely affects a common man. Not that we are not common, but the impact on us is not that much.

I think the inflation goes to 7.49 or something. I think it can never be justified.

Your take on the inflation of prices: Things are getting expensive, but now I feel the purchasing power is increasing. Also with multinationals coming in, our spending capacity is increasing day by day. We are finally getting used to the rising prices. Honestly, if I think of poor people, then it really affects me.

The recent budget announced was pro-common man, so is this hike in price justified?: I think the way the economy is progressing, I am really happy. The hike in price is not justified but I am sure there is a loophole somehwere due to which there is inflation.

Your take on the inflation of prices: It's not good for the country. I caught up with the news late night and saw that the inflation has gone up to 7.50. I don't think is good as the basic necessity for any person is food and shelter. Shelter, may be a lot of people don't have it, that's why they stay in the slum areas. I personally believe that one can buy a home waiting for 4-5 years, but with food it is not the same case.

The recent budget announced was pro-common man, so is this hike in price justified?: I think it's a proposed budget and I think the elections are very near. So hope that things turn better.

Your take on the inflation of prices: I think it's a very normal change. At first people don't like it, but later everyone lives with it. Even I have accepted this change. I think it happens every 4-5 years.

The recent budget announced was pro-common man, so is this hike in price justified?: I feel the hike in prices is not justified, but I also feel that there is no problem with the budget as I strongly believe that the person who is making the budget has to satisfy everyone and it's a difficult task.

Your take on the inflation of prices: Lower and middle class will be affected due to inflation. I personally feel that the prices of the basic necessities like food should not be increased.

As Mr Chidambaram Sir promised that the budget is for the common man, this sudden increase is not at all justified.

This really makes us aware about the knowledge of our stars whom we meet regularly in our serials!!! 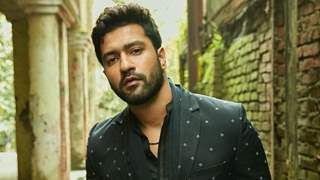 + 5
13 years ago inflation affects every one. Thanks.

13 years ago They are speaking like Inflation is set by a person?1? Lmaoooo.
But I like how the TellyBuzz are adressing such issues.

+ 3
13 years ago LMAOO these actors are wakk..they don't even know what inflation is haha and they are rapping about it :| puhlease haha

+ 5
13 years ago Exactly my thoughts devilangel. These people have NO idea about inflation yet they live in the country :S Out of all these stars Sachin Shroff seems to be the only one who keeps tabs about what's happening in his counrty :) Great going Mr. Shroff