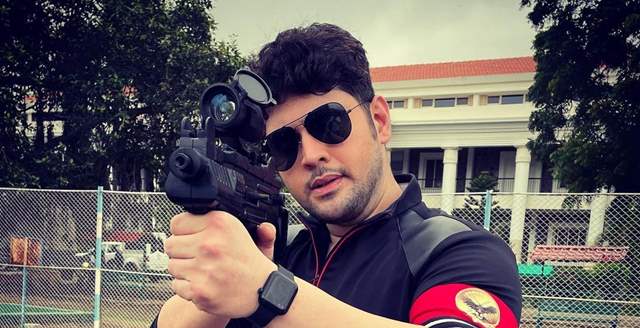 India Forums got in touch with actor Aditya Deshmukh who essays the role of Special Agent Faizi. Faizi is naïve, lovable, romantic and little flirtatious kind of guy who’s also very serious about his work”.

Talking about the preparations for the role, Aditya said, “We have gone through some intense workshops in which we tried to understand our characters better. It was an extensive workshop that was held for three days. It was guided by Prof. Joey, who’s a very well known actor he conducts session at FTII and other acting plattforms. All and all, it was a difficult process. We’re playing Army officers and physical exhaustion is part and parcel of such roles”.

Speaking about his character and past projects, Aditya added, “It’s a very different ballgame altogether. This is not a basic daily soap. I’m in the industry for eight years and I’ve primarily worked in daily soaps and most of the time, I played the negative characters. I played a positive part in only Colors’ show ‘Naati Pinky Ki Lambi Love Story’. ‘Faizi’ is completely a different character as he is an Army officer. The script and character writing have enticed me to take up the project. It’s just up to the mark. For an actor, playing an Army officer is a dream. From Shahrukh Khan playing a Fauji to Akshay Kumar, Akshay Khanna acing the roles in different projects, it’s a treat. When I learned about the character being an Army Officer, I was excited to grab the opportunity”.

Hero is just a step away from turning evil on Sony SAB’s Hero- Gayab ...

Chhavi Pandey gets talking about her show Shubh Laabh, playing a ...

Daljeet from ‘Tera Yaar Hoon Main’ is a lot like me: Sayantani Ghosh

29 days ago Flirty aur fun-loving side to dekh liya... now I wanna see Special Agent Faizi in action 🔥All the best Aditya Deshmukh!