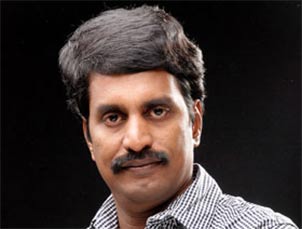 Director R. Kannan Saturday said that newcomer Sathya should follow in his actor brother Arya's footsteps and be as friendly and courteous as him to co-stars and everybody around to succeed in the industry.

Kannan, who has worked with Arya in Tamil comedy "Settai", was speaking at the audio launch of "Amarakaaviyam", starring Sathya.

Directed by Jeeva Shankar, "Amarakaaviyam" is a love story set against the backdrop of 1980s. It is produced by Arya.

Composer-actor Vijay Anthony, who had worked with Jeeva Shankar in Tamil thriller "Naan", said he's proud of the latter's work.

"I have worked with Jeeva before. He's a committed director and I'm extremely proud of his work in aAmarakaaviyam'. I'm sure it will be another aMoondram Pirai' for audiences," Anthony said.