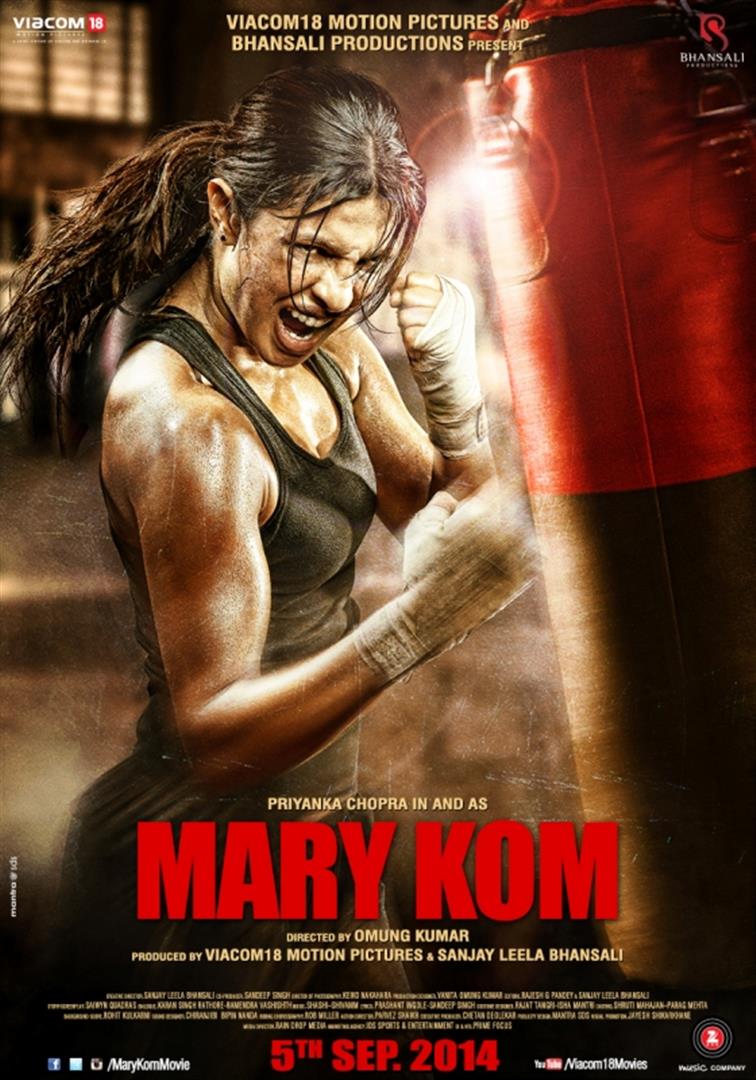 Get Ready to Punch some action in your life!!

The first look posters of the much awaited Priyanka Chopra starrer film 'Mary Kom' have been released. The gritty posters showcase the actress in a never seen before avatar, in and as the fierce Mary Kom.

Known for portraying every character with poise & perfection, Priyanka indeed went through rigorous training to play the role. This is evident in the posters, highlighting her muscles in what can only be called a boxer's physique. These posters leave a lasting impression & one cannot help but wonder what the makers have in store.

'Mary Kom', is about the Indian Boxer and Olympic Bronze medalist MC Mary Kom, her life, struggles, family and her perseverance to be the best. 'Mary Kom' is directed by Omung Kumar, and produced is by Viacom18 Motion Pictures & Bhansali Productions. The film is scheduled to release on September 5th 2014.