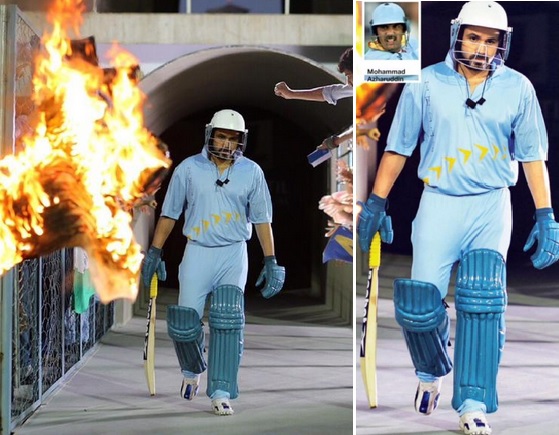 Emraan Hashmi's next, directed by Tony D'souza, may just be one of the most awaited films of next year, especially since it's based on the life of Indian cricketer Mohammad Azharuddin. Well after the logo image of the film was released recently, we bring you sneak peak at Emraan Hashmi as Azhar!

The biopic titled Azhar traces the journey of the cricketer's career and his personal life. The film also features Prachi Desai as Azhar's first wife, Naureen. The makers of the film are still hunting an actor to play the role of Azhar's second wife Sangeeta Bijlani.