View Profile
Amitabh Bachchan is not only known for his impeccable acting but also for the vastly ranged of characters he has portrayed in each of his movies; a teacher, a father, a son, a villain, a ghost and now an old man who strives to integrate into a society of youngsters! 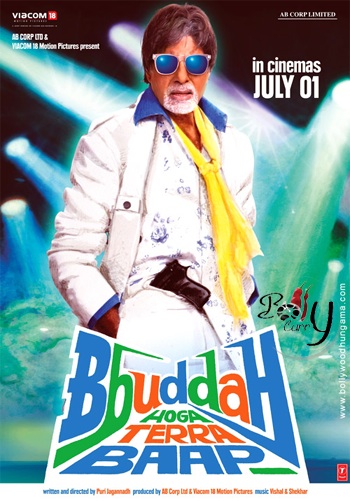 In his upcoming flick, Buddha Hoga Tera Baap!, Big B plays a 60-year old man who refuses to acknowledge the fact that he is now no longer as youthful as he may once have been. Strongly rejecting other's advice, he considers himself to be a part of the new generation and as per the norms of society, his opinions and views are not accepted!
Join Big B on his journey to achieve his goal on July 1st, 2011 as BollyCurry brings you the First Look of this much awaited film!