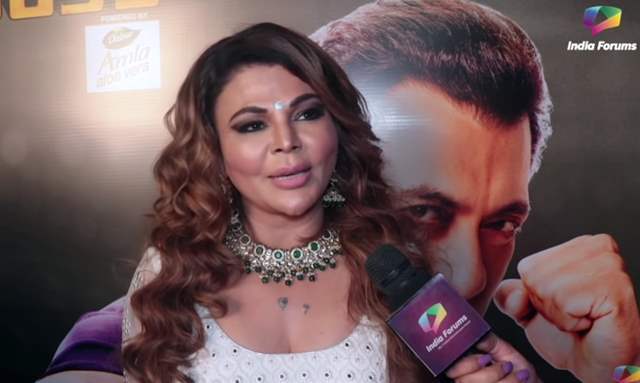 Rakhi Sawant was recently seen in the Bigg Boss 14 house and she walked out with a sum of Rs. 14 lakhs. However, reports suggest that she along with her brother has been accused of fraud. Reports suggest that an FIR has been lodged in Vikaspuri police station in Delhi by Shailesh Srivastava. As per the report, the said person met Rakhi's brother along with Raj Khatri to make a film based on Gurmeet Ram Rahim's life and they planned on opening a dance institute as well.

However, it was on the pretext of Rakhi being a part of the institute that Rakesh and Raj took Rs 6 lakhs from Shailesh and given him a post dated check of Rs 7 lakhs. As it turns out, he discovered that he had been duped and the signature was false. In addition, neither of them picked up a call, and hence, he was forced to file an FIR against the trio.

Rakhi had a rather interesting Bigg Boss journey and while it has its own highs and lows, she was termed the absolute entertainer of the house. She managed to win a lot of love from the audience, and currently, she has been keeping busy as she is taking care of her mother, who was hospitalized while she was inside the house.

Nikki Tamboli tests negative for COVID-19; opens up on her experience