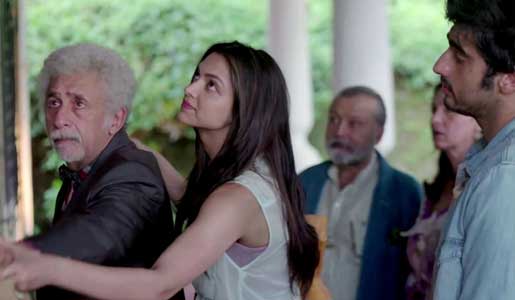 Homi Adajania's quirky comedy Finding Fanny has opened strongly as it collected 5.1 crore on Day 1. The makers are ecstatic about the opening. The film starring Deepika Padukone, Arjun Kapoor, Naseeruddin Shah, Pankaj Kapoor and Dimple Kapadia is riding on tremendous word of mouth and rave reviews. The makers expect the film to grow exponentially over the weekend. Saturday morning trends show the film is growing in every theater across the country.