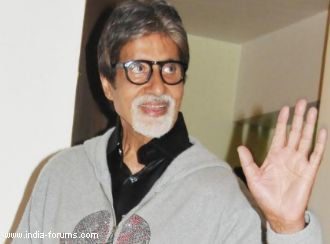 At 69, megastar Amitabh Bachchan makes quite a style icon with his designer jackets, suits, sherwanis, kurtas and sometimes, also his casual look! But he senses that the fashion world of 1970s is making a big comeback nowadays.

"They say fashion repeats itself after some years, so if you have saved some of the clothes of the 1970s, it is very likely that in a couple of years, spending for new latest designs would not be necessary," Amitabh posted on his blog bigb.bigadda.com.

A style icon of his times, the tall and handsome actor, who used to wear bell bottoms, says he let go of some of his belongings of the era, sometime back.

"I threw away an entire bunch of my old sunglasses and the kids could have killed me for it! They are all back in fashion again," he added.

One with a liking for sunglasses and spectacles, Big B says he misses the shades he wore in the 1978 movie "Don (1978)".

"I met some friends of this generation at a social evening and they asked me where I had got those tinted glares I wore in 'Don (1978)'. I told them they were my personal. They yippied and yupped about it, until I told them I had thrown them away," wrote the actor, who still has a penchant for eyewear.