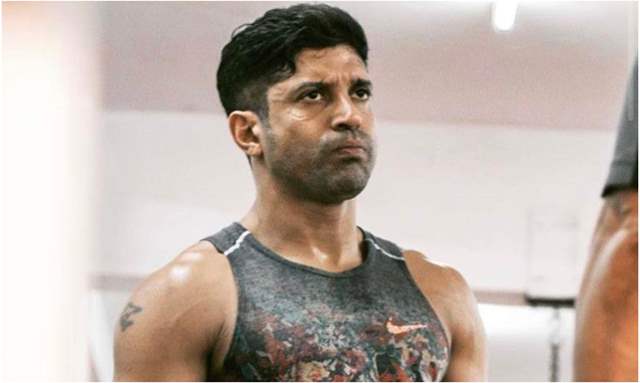 The rumors of Sushant Singh Rajput’s former cook Neeraj (Keshav) working for Farhan Akhtar are doing the rounds. The actor has rebuffed these rumors which were recently reported by a news channel. The reports also mentioned that apart from Farhan Keshav also worked for Sara Ali Khan.

Taking to his Twitter handle, Farhan shared a screengrab of a TV news debate and mentioned, “For the record: I have no person named Keshav working at mine. Unsurprisingly, another lie by a fake news channel famous for peddling lies. Please stop being so gullible. Just because a guy screams it out on TV doesn’t make it true.”

The Zindagi Na Milegi Dobara actor took to his Instagram handle to share a poem that he penned for the star. Adding the caption, “Gone too soon.”

Meanwhile, Farhan Akhtar has also been outspoken about the insider vs outsider debate and maintains that seeking external validation might lead to momentary satisfaction but would only cause disappointment eventually.

Also read: Farhan Akhtar asks, ‘Have you come here to be a Reality Star?’ after Abhay Deol takes a dig at Awards