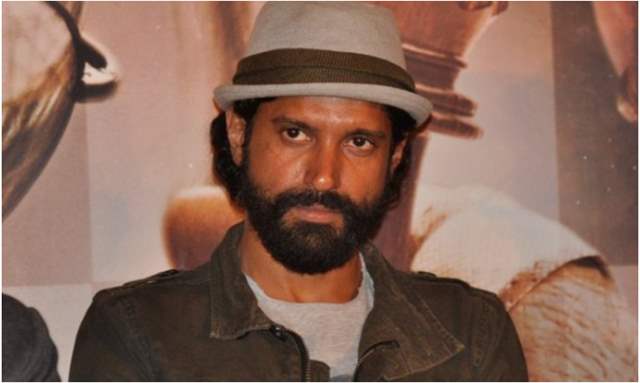 Bollywood actor Farhan Akhtar often raises his voice against the issues that catch his attention. The Bhaag Milkha Bhaag actor holds a strong social media presence and he has often shared his opinions on any social or political issue. However, today the actor took to his Twitter handle to share a tweet in support of Sachin Tendulkar’s son Arjun Tendulkar.

For the unversed, Arjun has been subjected to trolling recently and he is also being termed as a 'product of nepotism' after his selection into the Mumbai Indians. The Master Blaster was earlier a part of the team and now MI bought Arjun for ?20 lakhs in the Indian Premier League auction held on Thursday.

Farhan stood in support of Arjun and defended Sachin’s son by sharing a tweet as he wrote, "I feel I should say this about #Arjun_Tendulkar. We frequent the same gym & I’ve seen how hard he works on his fitness, seen his focus to be a better cricketer. To throw the word ‘nepotism’ at him is unfair & cruel. Don’t murder his enthusiasm & weigh him down before he’s begun."

In no time, Farhan’s ladylove Shibani Dandekar saw the tweet and was impressed by his words. Even she came out in support of Arjun and re-tweeted her beau’s tweet as she wrote, “THIS!!!”

2 months ago Nepotism does exist but you can't say that Farhan akhtar of all people isn't talented. He is one of the most multi-talented artists in the industry. His movies have always been different from the usual crackpot that Bollywood brings to the table. To say he is entirely the product of nepotism is inaccurate.